This Halloween season, consumers were obsessed with Star Wars costumes according to data released by SLI Systems, a worldwide e-commerce provider for mid-to-large size Internet retailers and B2B sites.

SLI studied site search activity across e-commerce costume retailer websites based in the U.S., Canada and Australia, analysing a total of more than 10 million consumer searches taking place between Sept 1 and Oct 20, 2015.

“When the SLI data team compared the most popular site search terms across costume retailer websites using our Learning Search® service, they found interest in current events as well. For instance, searches for ‘Trump’ increased significantly, with 33x more searches than the same timeframe in 2014,” added Callan. 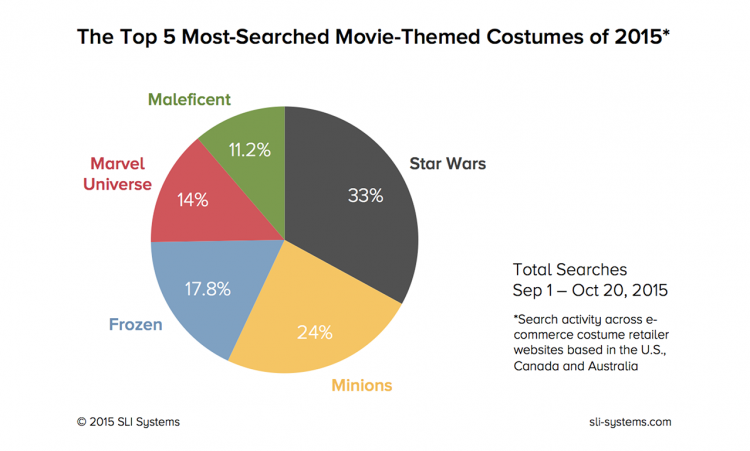 The Top 5 Most-Searched Movie-Themed Costumes of 2015, in order:

Additional findings from the 2015 Halloween Costume Site Search study include:

The top three most popular non-movie searches in order, were: witch, pirate and zombie