SapientNitro announced today that Barry Mowszowski has joined the agency as Senior Strategist.

Prior to his appointment at SapientNitro, Mowszowski’s career has spanned senior communications strategy roles in both media and creative agencies in Sydney, San Francisco and New York.

An awarded strategist, Mowszowski has worked at Droga5 New York, Starcom Mediavest Group Sydney, Publicis New York and Leagas Delaney San Francisco among others. A recipient of the 2013 Contagious Magazine Scholarship, he is currently undertaking an Executive MBA degree at the Berlin School of Creative Leadership. 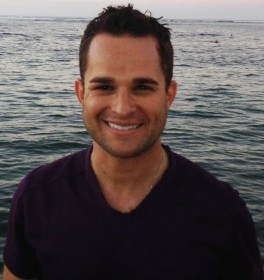 This unique program equips creative leaders with a diverse skill set to impact commercial creativity in a digital world which aligns perfectly with SapientNitro’s vision and values as a company.

Mowszowski said: “I’m excited to join SapientNitro, a pioneering global independent shop that sits at the intersection of technology and storytelling with its Storyscaping philosophy.

SapientNitro is enjoying a great run of momentum right now and I’m really looking forward to joining the Australian team to drive creative thinking on clients such as BT Financial Group and OPSM among others.” Mowszowski is based in Sydney and will work across all of SapientNitro’s clients nationally. His appointment further bolsters the agency’s strategic team, led by Melbourne-based national director of strategy Phil Phelan.

The expansion of the agency’s strategic skill-set continues to reshape its business model in alignment with the global agency’s expertise in marketing, commerce and technology.SapientNitro’s national director of strategy Phil Phelan said, “SapientNitro is all about building great teams and solving the hard problems using creative and technical imagination.