Salmat and Zoo Republic have launched an integrated campaign to raise awareness and drive donations for The Fred Hollows Foundation, an international development organisation focused on treating and preventing blindness in 25 countries around the world.

The #Sketch4Sight campaign is a direct mailer idea that was born out of the “I Wish I’d Thought of That” Salmat Showdown, a hackathon competition that saw advertising creatives create a direct mail campaign for the Fred Hollows Foundation in 90 minutes.The winning team was Amanda Jennings and Edbert Wahjudi from Zoo Republic, and as part of the prize, Salmat has worked with Zoo Republic to bring this national campaign to life for The Fred Hollows Foundation.

The campaign has kicked off with a mailer being sent to 80,000 homes nationally, asking the recipient to sketch a picture of a loved one, but to do it with their eyes closed. The task aims to highlight the challenges that people with cataracts face every minute of every day. The recipient is encouraged to share their sketch on social media using the hashtag #Sketch4Sight, asking their friends and family to try the same challenge, while also donating to The Fred Hollows Foundation. 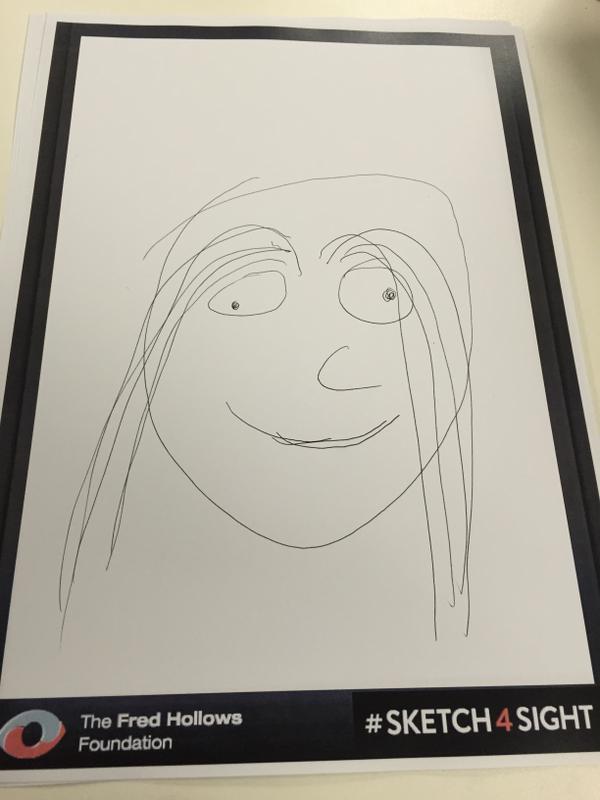 Nicola Stewart, associate director for marketing and fundraising at The Fred Hollows Foundation said: “We are grateful to have had the opportunity to work with Salmat on the “I Wish I’d Thought of That” campaign. To have so many creative minds focused on our brand has been incredibly insightful and rewarding. At the end of it, we have a powerful mailer going out to a highly targeted audience across Australia, which will then be amplified by social media.”

Sarah Pike, CMO of Salmat said: “Through “I Wish I’d Thought of That” we’ve not only been able to showcase the young, creative talent in Australia’s advertising industry, but we’ve also delivered a fantastic national campaign for a worthy cause. We’re confident the campaign will have a positive impact on the recipients as well as The Fred Hollows Foundation.”