Australian sexual consent campaign, 50 Shades of No, has been shortlisted for the Glass Lion: The Lion for Change.

It’s the only Australian campaign on the list and is one of 27 global campaigns nominated for this prestigious award.

The Glass Lion is the Lion for Change; an award that recognises work that challenges gender bias and shatters stereotypical images of men and women in marketing messages.

50 Shades of No is the product of a group of Melbourne women, and agency, The Otto Empire.

Check out a behind-the-scenes of the campaign here:

To find out more about the initiative, B&T sat down with the executive producer of 50 Shades of No and Otto Empire founder Jo de Fina.

What was your inspiration for 50 Shades?

The idea came about as a response to the Aziz Ansari scandal, and after considering how we would respond to the International Women’s Day call out to #pressforprogress.

In January an article was published with the account of a girl named Grace who had had the ‘worst night of her life’ during a date with US comedian Aziz Ansari. It opened up a huge debate about consent and what it looks like.

We realised that consent has a lot of grey areas and wanted to start a conversation about the spaces in between the black and white of consent; it’s not as straightforward as no means no. 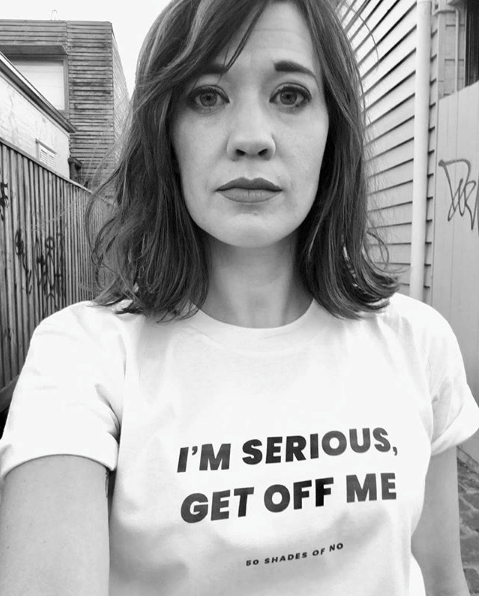 How was the idea put into action?

We put a Facebook post out asking women to share occasions when they had tried to say stop or slow down a sexual encounter without using the words.

We received hundreds of statements from women from around the world.

We then took 50 of those statements and created T-shirts which were made available for sale on an e-commerce site. And we asked 50 influencers to wear and post a pic on International Women’s Day.

Our aim was to start a conversation about consent, and in particular, enthusiastic consent.

The response has been incredible.

Not only have we started a conversation about consent, but we have had contact with other countries and organisations wanting to replicate the idea in their own region.

We’re also in conversations with universities and various festivals and support groups about consent education and how to change the conversation.

Ultimately we would love to see legislation changed as to what constitutes consent.

The Saxon Mullins case in NSW highlights the need for this clear understanding of what consent is. It’s not just hearing someone say ‘No’. There are many ways we communicate, and this campaign is about those subtleties of that communication.

What has been the benefit of using such a diverse group of women to demonstrate the issue?

This issue about enthusiastic consent affects everyone; men and women. Women want to be heard and men have been very open to being educated and enlightened as to how we communicate. It’s been educational for everyone.

How have you used social media to generate attention?

The entire campaign was driven by social media.

What have been the ripple effects?

Probably the biggest one is the cathartic and healing effect it seems to have had on people who have experienced sexual assault. Buying and wearing a t-shirt has helped them to heal their own personal experiences, and to communicate both online, and offline, with those around them.

And the realisation that it is more than one day, International Women’s Day. The campaign has a life of its own now and education and working with universities and schools is now our focus for stage 2.

As well as the global reach.

What do you make of the Cannes nom?

To be the only Australian work shortlisted for a Glass Lion is amazing. Especially when we look at the company we’re in.

We’re a small group of individuals from Melbourne who set out to create a campaign that would start a conversation. We’re in the company of Nike, Coca-Cola, Dove, global agency groups. It’s pretty humbling. 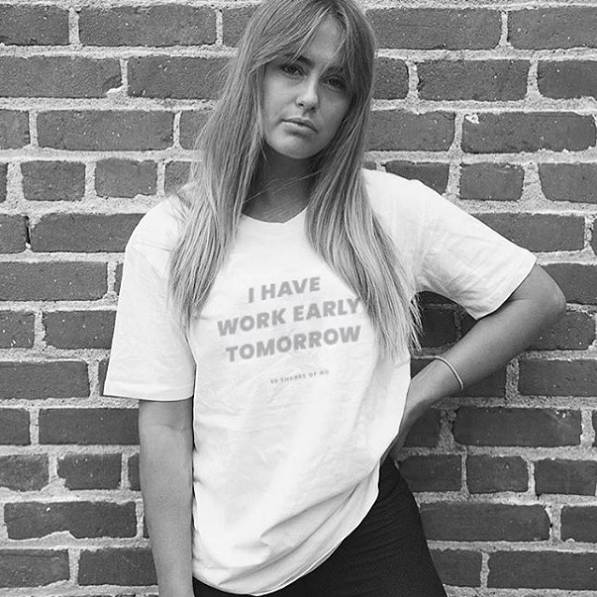 How can an event like Cannes help generate attention to this issue?

The platform and audience in Cannes is huge, and I intend to use the 20 minutes I have in front of the Jury and delegates, to further callout for support, conversation, and awareness.

This is about a conversation and we’re already in discussions with other countries about running their own campaigns. Cannes is a great platform to drive further conversation.

We’re in the business of communication and I have a week to communicate with a huge melting pot of people from advertising throughout the world.

In an industry driven by consumption, to be able to use creativity to affect change is so rewarding.

How intertwined is this issue and the advertising industry in Australia and worldwide?

I wouldn’t say the consent conversation is exclusive to any particular industry.

It’s about education and how we raise and condition boys and girls. How we represent relationships in the media and conditioning of both sexes from birth.

That’s something well outside of any workplace or industry.

What is still the biggest hurdle for 50 Shades, and the industry more generally?

I think our industry is making great strides in recognising talent of all genders and minorities. 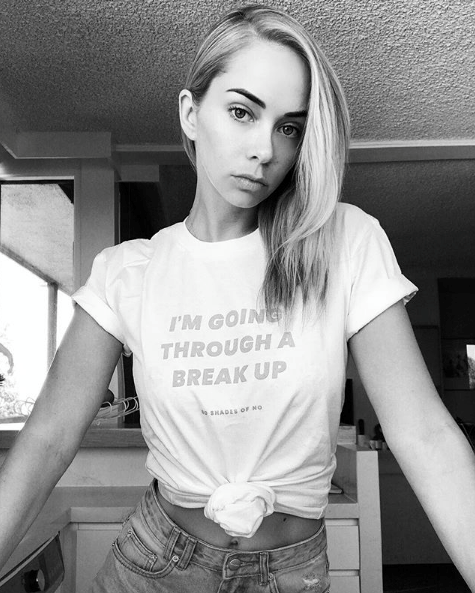 I know there are the naysayers about quotas and this whole female push, but it will only be temporary until there is a balance and this ingrained unconscious bias starts dissolving away.

Everyone needs to be recognised for their talents, regardless of gender.

For so long, women’s gender was clouding any recognition they may have received. Now that is slowly falling away, which is progress.

And progress is great.

We started 50 Shades of No in response to the International Women’s Day #pressforprogress, and I think we’re slowly getting somewhere.