A steamy topic of conversation around the B&T office, Game of Thrones is back on our screens and already sucking audiences from other channels.

While the fantasy HBO show is well-known for its titillating and explicit scenes, it turns out it’s depleting the amount of consumers on adult sites. 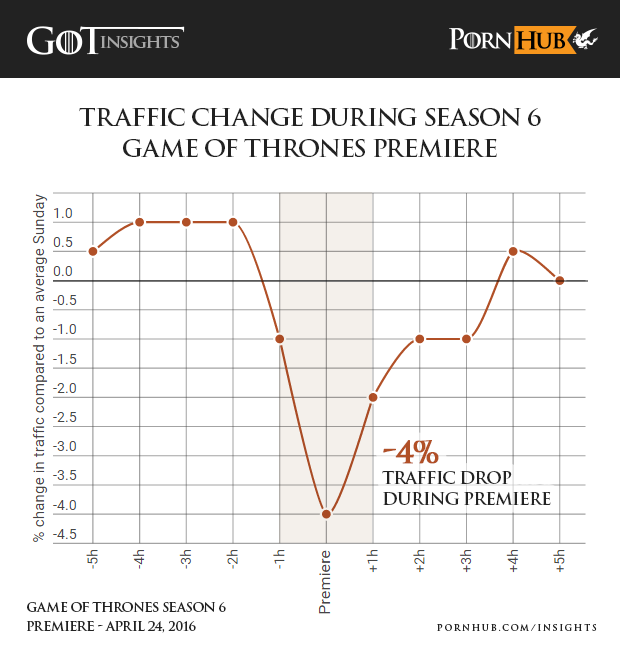 “Throughout April, searches containing Game of Thrones were slightly above average, but shot up in the days before the season premiere, peaking at 370 per cent on Sunday the 24th.” 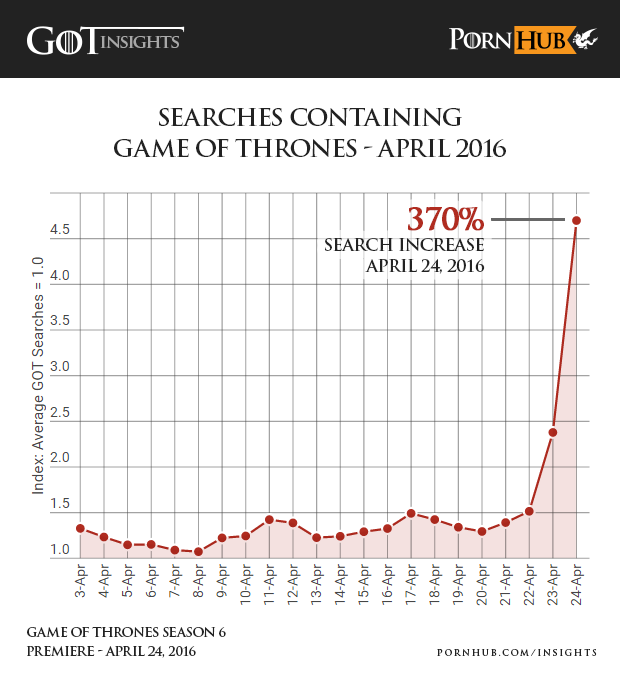 Similarly, when season five was airing in 2015, searches for Game of Thrones related content – which included character names, specific scenes and genitalia descriptions – increased around 200 per cent for the premiere and finale episodes, and around 80 per cent for the other episodes. 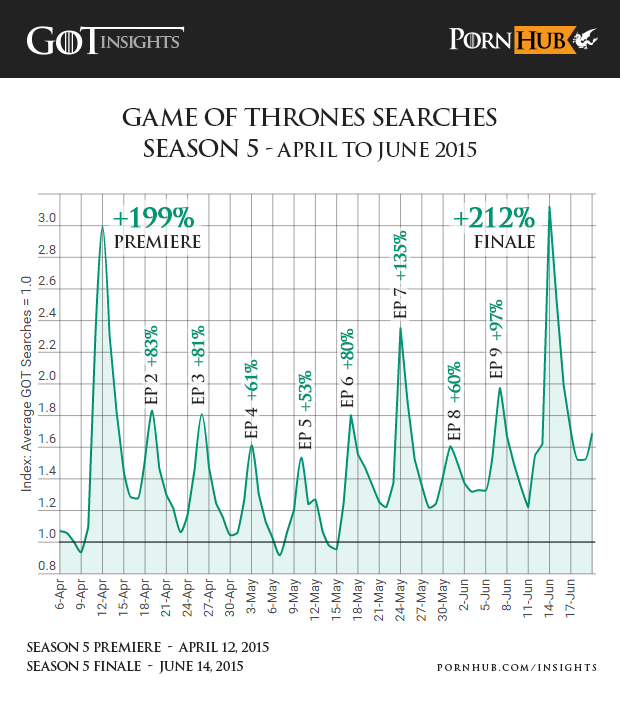