APN Outdoor has released further findings from the Attention Economy research that shows Australian transit advertising has the highest ad recall of any Outdoor format.

The Attention Economy study, launched in Brisbane earlier this month took an in depth look at how Australian audiences engage with media, specifically outdoor, and more generally how they move in and around their cities. Whilst it was great news overall for the outdoor category, transit consistently over performed in terms of ad recall and engagement proving that it truly is a broadcast medium, reaching a broad audience.

Whilst Australian transit media is often thought to be synonymous with commuting and public transport, the Attention Economy study found that the vast majority of Australians who are spending time outside of their home, in and around metro areas, are coming into contact with transit media extremely often. 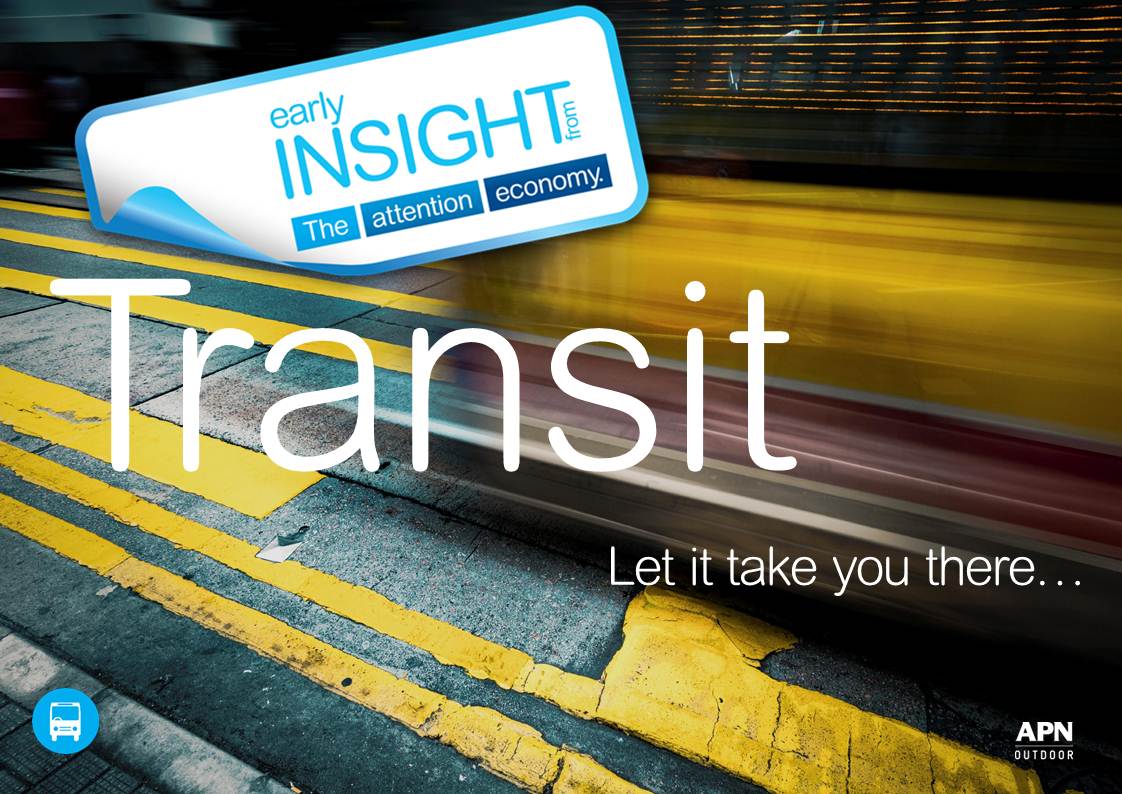 Given the multitude of formats and various positions available on the vehicles themselves, transit media targets a broad audience – not just those catching the bus or tram. Transit audiences are on board vehicles, hopping on, passing by on foot, shopping in the area, running errands nearby, overtaking on bike or driving behind. Transit media targets alert individuals as they move in and around their city.

Mark Fairhurst, General Manager – Sales, APN Outdoor commented, “It is no surprise to us that transit advertising resonates so well with audiences in metro markets. At the end of the day, buses and trams go where people go and the high recall levels found substantiate this.

“One of the great qualities of APN Outdoor’s Australian transit network is that it can be extremely flexible and therefore achieve a multitude of advertising objectives. With formats and packs available to cater to very specific local campaigns to high impact maxi vehicles used as the centerpiece to national campaigns, there is a transit format available to cater to all advertisers.”

APN Outdoor oversees a sprawling, national transit network in Australia, essentially having cornered the bus and tram formats in all major CBDs. With a 95% coverage rate of all national transit networks (buses in all markets and trams in Melbourne and Adelaide), there are a total of 15 different formats enabling advertisers to achieve varying objectives when it comes to reach, frequency and impact. APN Outdoor’s transit formats range from poster packs on the back of buses to impactful maxi vehicle wraps.