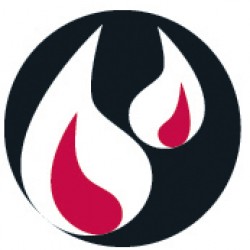 This means the first public reports – which encompass rolling seven-day data (i.e., cumulative viewing during the previous seven days) – will be available the following week.

OzTAM’s VPM Report is a separate and complementary service to OzTAM TV ratings:

This is the initial phase in a multi-stage program as OzTAM works towards including demographic data in the service in 2017.

“The VPM Report will give our clients further insight on how Australians consume their favourite television content, whether it is live or playback viewing on their TV set – and therefore captured in OzTAM TV ratings – or via a broadcaster’s video player on the viewer’s connected device.”

Peiffer added OzTAM’s VPM service is collecting millions of minutes from participating broadcasters’ video players each day, with volume and coverage steadily increasing as broadcasters fully plug in to OzTAM’s collection service across all devices and platforms.

Concurrently, OzTAM has for the past few months been reviewing proposed reporting formats with the broadcasters.

“As is the case for audience measurement services around the world, OzTAM is actively working to expand VPM to incorporate demographic information and reach estimates. This next step will show us who is watching in addition to the devices being used.”