In a move that saw creative agencies potentially left out in the cold, big names brands Qantas, Telstra, Estee Lauder, TAB, Bacardi, McDonalds, Stan and Frucor agreed to have their marketing strategies outlined to the audience.

Split into eight separate groups, media attendees were treated to intimate gatherings with each brand’s account managers and strategists from OMD who outlined the particular aims and objectives of their clients. 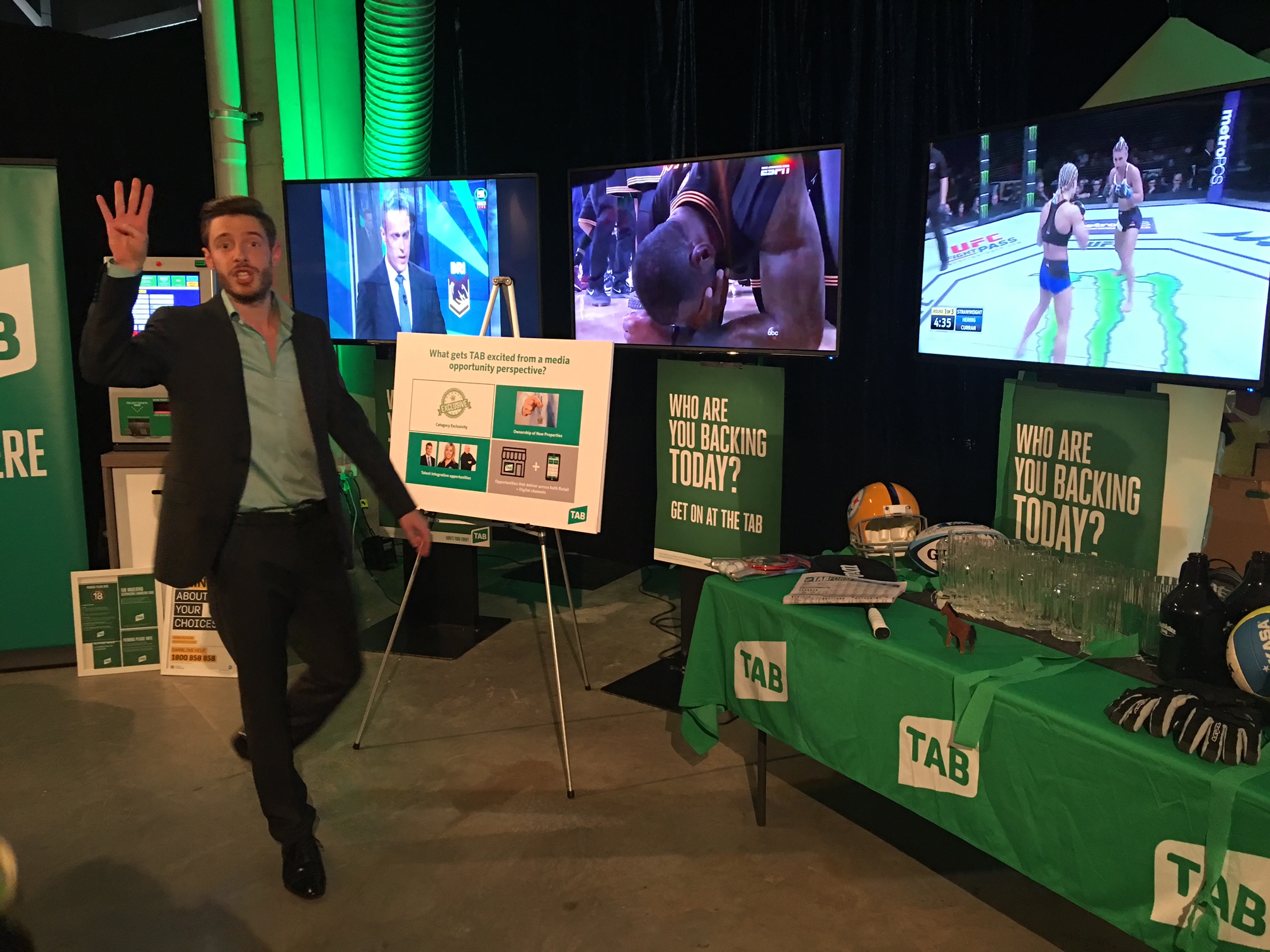 Making for a fun and interactive afternoon, each of the eight group’s got into character including a memorable performance from Russ Mitchinson as a drive through attendant for Maccas.

Telstra’s account team delivered the telco’s key message via slam poetry. While B&T’s scribe captured the performance via Periscope, Telstra proved a little shy in having it shared with the world.

Despite the lack of audio and visual, the key takeaways, which it’s new campaign reflects, is that it doesn’t want to be known as a telco company anymore, but rather as a “techo” company. Go figure!

Below is a selection of some of the Periscope video’s we managed to retain for your viewing pleasure. If the live broadcast popularity of Estee Lauder’s presentation is anything to go by, that’s the one to watch.