The first iteration of NewsMediaWorks’ campaign, ‘The Truth Builds Trust’, which promotes of the value of authentic news environments to advertisers, has generated more than 30,000 unique visits to the website and will return in 2019.

The first of a multi-stage campaign, ‘The Truth Builds Trust’ has been underwritten by Australia’s leading news media publishers: News Corp Australia, Fairfax Media and Seven West Media, and has been prominent in the vast majority of national, metropolitan, community and regional newspapers and news websites. 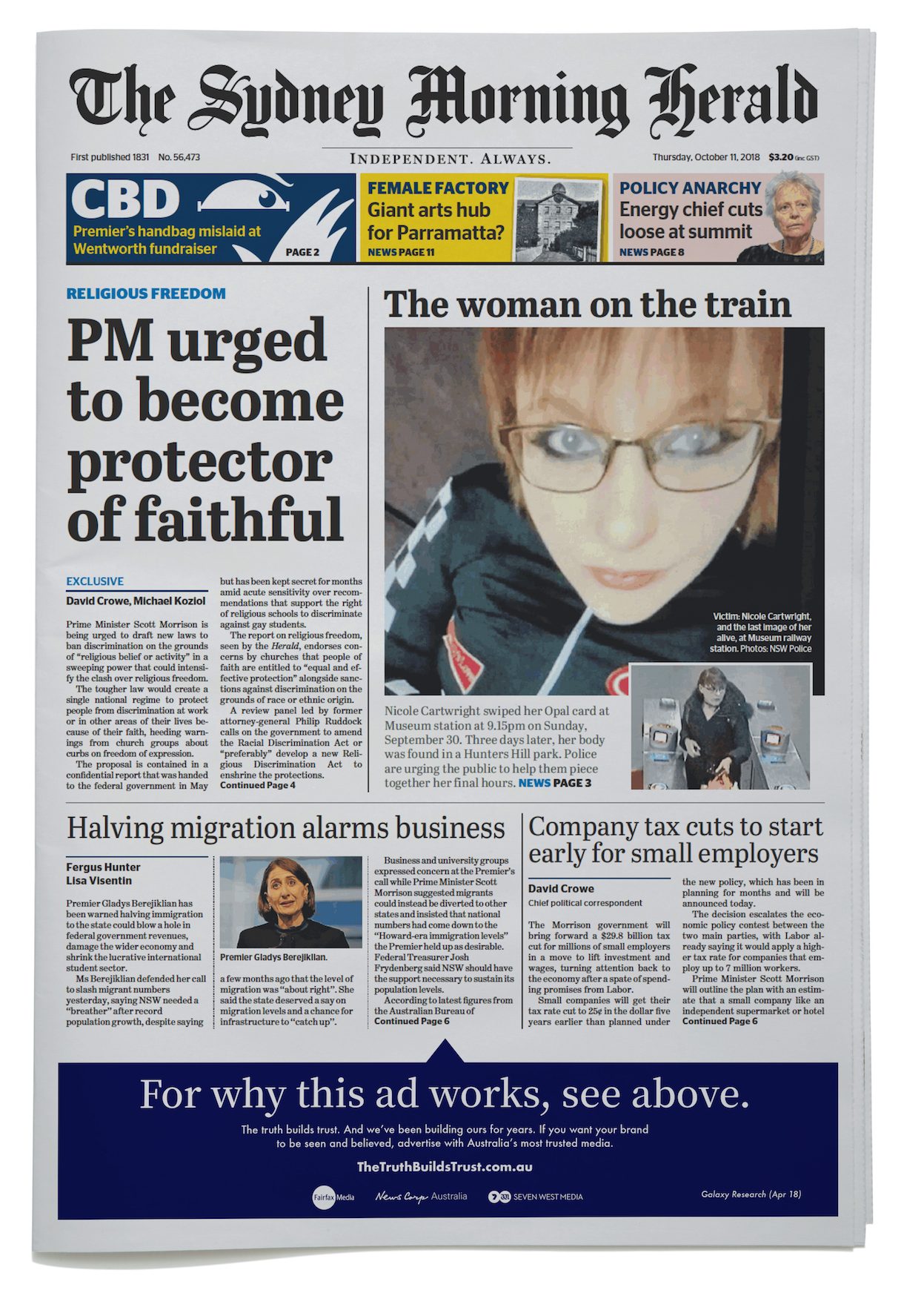 In addition, The Guardian Australia and The Saturday Paper have become members of NewsMediaWorks and joined the fray.

The next stage of the campaign will point to the findings of the third ADTRUST study conducted by Ipsos that is currently in market.

The second study, which was released hard on the heels of the Cambridge Analytica and Facebook scandal in July, unequivocally demonstrated that readers rate newspapers and news websites above all other media as the most trustworthy.

Further, readers asserted this trust positively impacts their regard for advertising.

“Advertisers are more than ever before hell-bent on maximizing returns. These ADTRUST findings should be a vital input in their media selection,” he said.

“We have experienced heavy traffic to the thetruthbuildstrust.com.

“This indicates we have spiked a great deal of interest from advertisers who, as a result of our study, are now better equipped to challenge media plans that emphasise risky social over the sure thing of authentic news media.

“The same study revealed that users of news websites similarly rated the content and advertising as far more trustworthy than social media, which of course has faced a series of well-documented batterings this year.

“We definitely wanted to capitalise on the well-founded doubts that users and advertisers have now formed around the dependence on social media. It is at heart a positive campaign for Australian news media.”

NewsMediaWorks partnered with strategic agency Thinkerbell on the campaign.

“Thinkerbell found an ingenious way to use our members’ newspapers and websites to tell our story,” Miller said.

It featured a range of executions that asserted why trusted journalism is important for advertisers, including: “It’s what’s on the other page that makes this space so powerful”, “For why this ad works, see above” and in digital “Surround your brand with articles your customers trust”.