Sevens’ reality cooking show, My Kitchen Rules, may have taken out the most watched program last night with 1.647 million viewers, but it’s Nine’s broadcast of the TV Week Logies that has everyone talking this morning. Particularly presenter Carrie Bickmore’s acceptance speech.

The Logies nabbed just shy of one million viewers (971,000) in a five-city metro, during its 7-11pm broadcast, according to OzTam preliminary ratings, and it’s the talk of the town this morning, thanks to Bickmore’s call to raise awareness of brain cancer.

After picking up the Gold Logie and deemed the most popular personality on TV, Bickmore, donning a beanie, used her acceptance speech to talk to the audience about brain cancer and her husband who had passed away from the disease in 2010.

“It kills more kids than any other disease. In 2010, my husband, Greg, was one of the unlucky ones.”

Bickmore stressed she wanted everyone who is in TV to slap on a beanie this morning and use the hashtag #beaniesforbraincancer. The hashtag is currently trending in Australia with a number of Aussie presenters pulling on one of the woolly head-warmers. 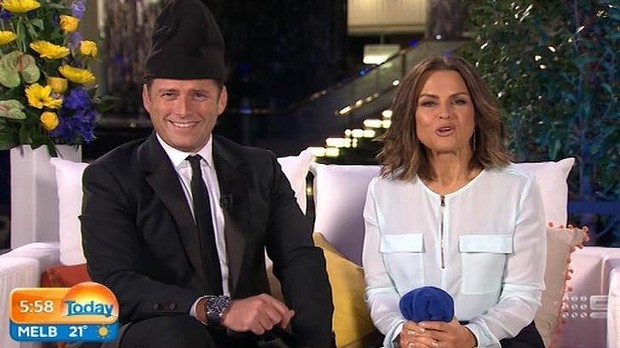 Twitter users have jumped on the hashtag and have begun sharing their own photos too.

Bickmore also took out the Most Popular Presenter Logie for her work with Ten’s The Project.

Most Outstanding Drama was awarded to Foxtel’s Wentworth, with Seven’s Home and Away taking out Most Popular Drama.