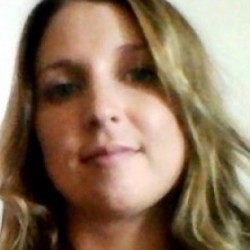 
RadiumOne analysis shows that Mexico is the most socially active team competing in Brazil this summer.

The world’s premier footballing event in Brazil would be won by Mexico if the competition was based on social media audiences, according to programmatic advertising experts, RadiumOne. In echoes of the London 2012 Olympic football final, Mexico would be surprise winners against the host nation with its enormous audience on Facebook swinging the result in its favour.

The Social Score methodology* devised by RadiumOne is based on a team’s total audience across leading global social networks including Facebook, Twitter, YouTube, Instagram and Google+. The Social Score shows the relative reach of each nation’s football team (as of 11th June 2014) and reflects the potential audience that it can unlock for sponsors and commercial partners.

Despite falling short in the final, the host nation Brazil comes out well ahead of rivals that might be expected to excel in social media, including the big European nations and the USA where the social networks were created.

Mexico is just one of five teams in the competition chalking up points by having a presence on all major social networks. Fellow Spanish speaking nations Colombia, Uruguay, Ecuador and Spain are the only other nations to use all the major platforms simultaneously.

However, despite Uruguay’s commitment to using all of the major social networks, it would be faced with a shock exit in the group phase – despite the passion of the fans and the ability of the team, its social presence is not enough to get into the last 16, being pipped at the post in the rankings by Nigeria. Elsewhere in Group D, England and Italy are building engaged audiences far more effectively on the selected platforms they have chosen to communicate on.

An infographic, showing the relative sizes of each of the 32 nations’ social audiences is available here.