Most handsome founder of comparethemarket.com.au Aleksandr Orlov and his trusty sidekick, Sergei, have landed on Australian shores – in toy form.

The launch of the toys follows the significant fame the comparethemarket.com.au characters have garnered both in Australia and overseas. Aleksandr’s favourite quip, ‘simples’, now appears in the Oxford Dictionary and his novel, A Simples Life: The Life and Times of Aleksandr Orlov, is a best-seller.

The meerkat toys were the second best-selling cuddly toys in the UK in both 2015 and 2016 – second only to Disney – with a toy distributed every 30 seconds. The meerkat toys now live in over 6.5 million homes. 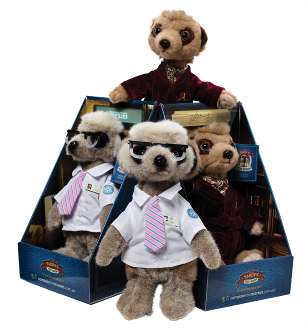 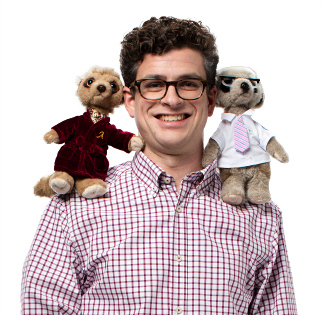 In Australia, Aleksandr and Sergei have gained popularity through our TV screens across the country and have more than 100,000 followers on their Facebook page.

Local households will be able to get their hands on one of these furry characters when they purchase health insurance through leading health insurance comparison service comparethemarket.com.au up until 31 March 2017.

The toys are available to Australian consumers during the busiest time of the year for health insurance purchases. This is the 16th year in a row that the Federal Government is expected to give the green light to private health insurance premium increases, with comparethemarket.com.au predicting the rate rise this April to be around 5 per cent.

A choice between Aleksandr and Sergei will be the toughest decision Aussies will have to make this health season! Aleksandr is widely known as the successful Russian billionaire and founder of the company. His hobbies include fencing, courtyard golf and hallway archery. Aleksandr’s sidekick, Sergei, is Head of IT and Head of Tea-Making. Before working for Aleksandr, he personally designed the Mir(kat) Space Station as Head of Principle Design for the Soviet Space Programme.