A new report is shedding light on the people benefiting from the explosive growth of the freelance economy. The Freelance Behaviour Report examines how freelancers live and work and what motivates them to choose freelancing over the traditional workplace.

Key findings of the report include:

The report reveals that freelancing is popular with a wide range of age groups, contrary to the popular perception that the internet is only for millennials. At 70 per cent, the majority of freelancersare between 18 and 35 years old. 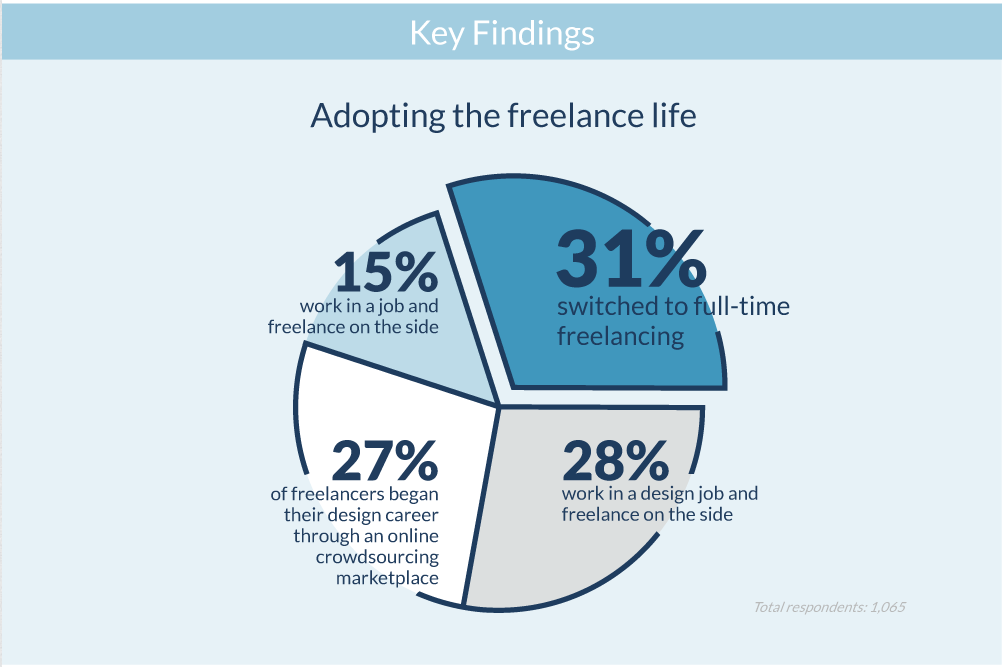 However, freelancing is also popular with an older demographic, with 24.3 per cent of freelancers aged between 36-50 and 4.8 per cent aged 50 years and older.

Money is still an important factor, with 29 per cent of freelancers saying they choose to freelancebecause they can earn more than if they worked full time.

Interestingly, only 12 per cent choose to freelance because they can’t secure a full time job, suggesting that freelancing is a choice driven by lifestyle factors rather than a ‘temporary fix’ for people that are looking for stable work.

It’s not just work-life balance causing people to flock towards freelancing. Creative freedom is just as important to the freelancer, with 61 per cent choosing to freelance so that they can work on projects that genuinely interest them. A whopping 37 per cent would take advantage of this freedom to reject a brief if it was written in Comic Sans.

Freelancers are also free from workplace policy, meaning that 92 per cent treat every day like casual Friday, with 71 per cent turn up to work in jeans and a t-shirt, 19 per cent relax through the work day in pyjamas, and a daring 2 per cent wearing nothing but their birthday suit.

Founder and CEO of DesignCrowd, Alec Lynch said, “The global freelance economy is booming. Freelancing is becoming an increasingly mainstream and popular career path – especially for designers and creatives.  People are joining the freelance economy every day in search of the flexibility, experience, money and freedom it provides.”