Supporting Holden as the major sponsor of the NRL State of Origin rugby series, marketing agency Isobar has developed #TweetCheer, a campaign that joins fans’ Twitter conversations, engaging them at home and at the game.

#TweetCheer encourages people to tweet in a cheer for their side, while the Isobar team stands by with studio full of cheerleaders ready to dance, flip and cheer their tweet back to them with short videos in near real-time.

In developing the strategy for leveraging Holden’s sponsorship of the State of Origin, Twitter was identified as the platform where the most real-time conversation about the games were taking place.  #TweetCheer directs State of Origin fans from all of Holden’s channels to Twitter during the live game. The conversation continues back on Facebook and Instagram afterwards with voting and prizes for the best cheers. In its first outing for Game 1 in Sydney on May 27th, #TweetCheer reached over 4.5 million Australians.

To extend the content and give a live behind-the-scenes aspect to the campaign, Isobar is using Twitter’s new live streaming app, Periscope.  Users are able to tune in via Periscope to see the production process, Q&A with cheerleaders and tips on creating their own cheers. This is the first time that Periscope has been used by Holden. 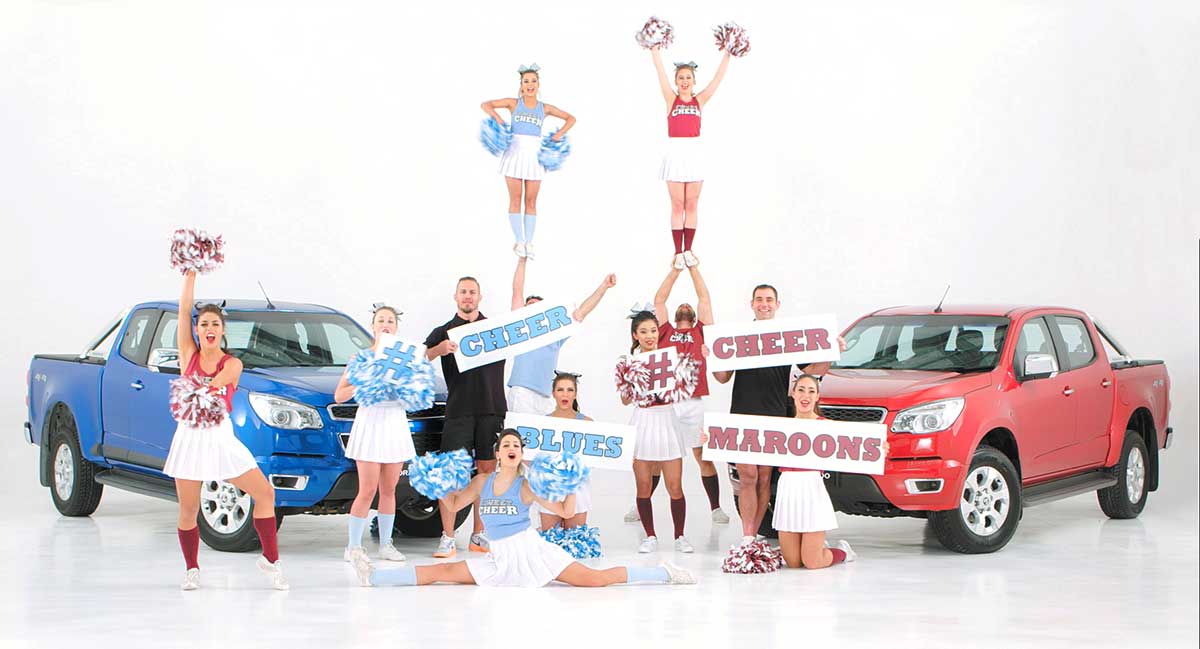 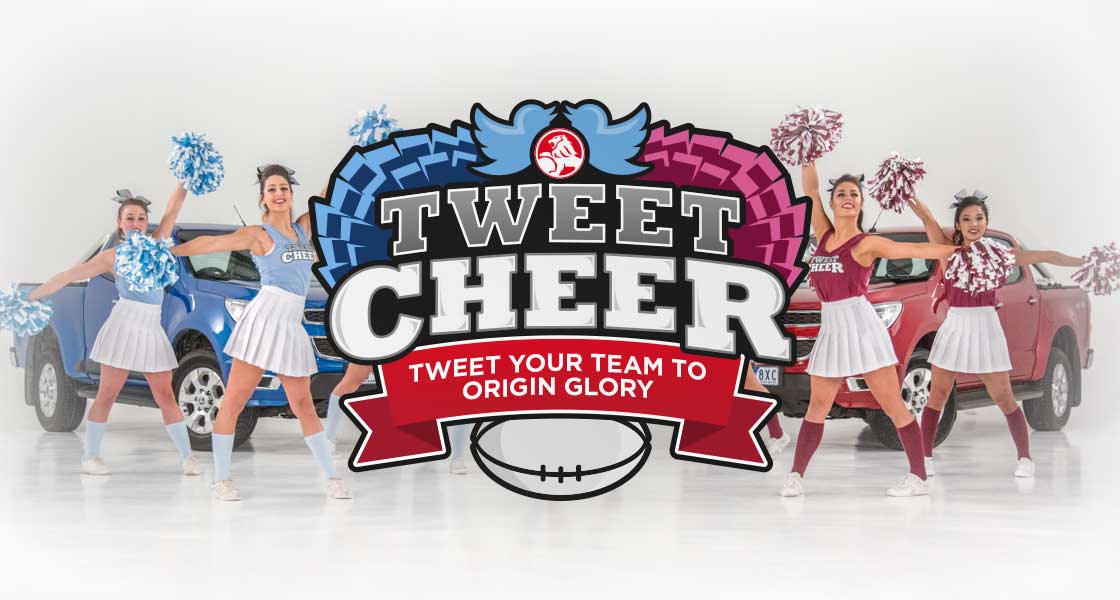 Holden have also got some of the biggest names in the sport involved to launch #TweetCheer, with the NRL, Cam Smith (QLD Captain), Matt Cooper, Queensland Maroons and Nathan Hindmarsh all tweeting in cheers for their sides. On top of that, the teaser video will play throughout the live games on the big screen, prompting fans to cheer on their team from their seats.

Bianca Mundy, media manager at Holden said, “Tweet Cheer was a great idea that allows us to engage with fans in a unique way while having some fun with new technology. The team at Isobar did an amazing job activating the cheers during Game One and we look forward to seeing many more creative submissions from the fans of games Two and Three.”

Nick Hardie-Grant, senior account manager at Isobar said, “In developing #TweetCheer, we wanted to engage the loyal Holden and State of Origin fans with non-invasive content and continue the conversations they’re naturally having on Twitter. #TweetCheer is helping them to throw support behind their team, rather than pushing non-related branded messaging at them.

#TweetCheer will be running across the next two State of Origin games. Game 2 is tonight and Game 3 on July 8th, both kicking off at 8pm. You can get involved by tweeting a cheer using #CheerBlues or #CheerMaroons during the next two games, or watch the campaign teaser on Twitter or Facebook.