Wearable technology is nothing new, but a Spanish-based mattress company Durmet has taken sleep tracking to a whole new level with its ‘Smarttress’ mattress which alerts users if their partner is cheating on them.

The Smarttress mattress has a Lover Detection System, which sends an alert to your mobile phone whenever someone is using your bed in a questionable way. The mattress is filled with 24 ultrasound sensors inside the springs which picks up on activity, a built-in speedometer analyses duration, impact and intensity.

The alert generates a 3D map to show how long the bed has been used, how intense it is, how many impacts there are per minute, and what part of the bed is being used.

What inspired this technology? According to Smartress: Facebook, Whatsapp and other social media apps have boosted infidelity rates, especially in Spain.

Jose Antonio Muinos, spokesman for makers Durmet, told Daily Mail UK: ‘We came up with the idea after we saw the figures on infidelity that said Spaniards were the most unfaithful in Europe. It is a concept that will bring peace of mind to men and women, not just during the night but also during the day while they are out at work and the bed should really be being used.”

Check out the campaign here, with super dramatic music:

The Smarttress will set you back a hefty $2,220! Which is a lot to spend on a mattress, when you could alternatively just talk to your partner. 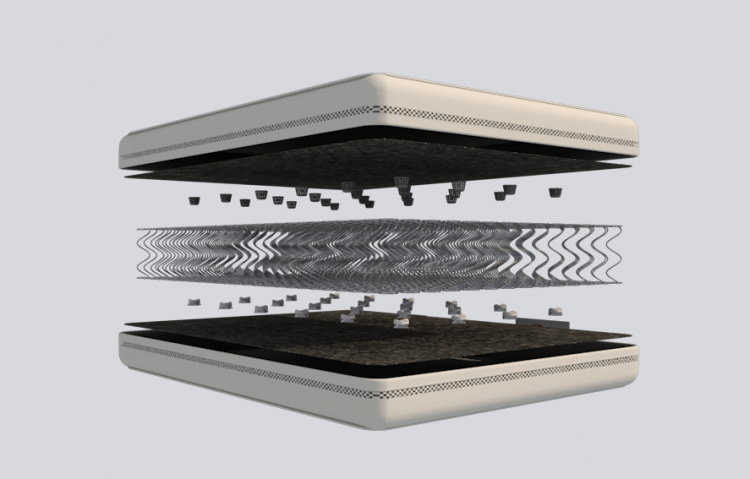