Designed to make a splash in the youth travel industry, the new campaign developed by London-based creative agency, Lucky Generals, features seven backpackers, all strangers staying in hostels, who were captured doing a skinny dip in a Mexican sinkhole.

The end line reveals that they have only just met each other travelling.

The idea ‘Meet the World’ is designed to target millennials who ‘aren’t average tourists’, and celebrates the spontaneous adventures that are born out of meeting like-minded travellers in hostels – a uniquely social type of accommodation. 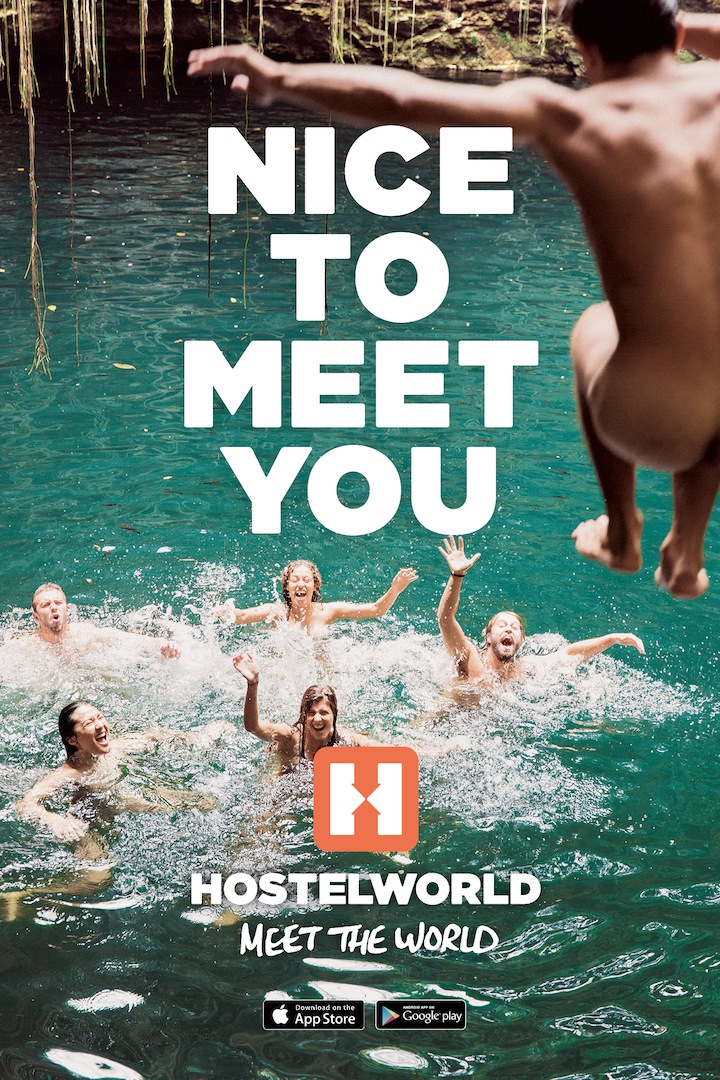 Their experience was documented by director Sara Dunlop (Rattling Stick) and photographer Katharina Poblotzki (Soothing Shade). The soundtrack to the ad is “Seasons (Waiting on You)” by Future Islands.

The campaign launched June 1, on mobile, in digital, cinemas, out of home and on TV during Game of Thrones. All media buying and planning has been handled by the7stars who recently won the Hostelworld account, based on their expertise in reaching a millennial audience.

The campaign also comprises behind the scenes content, out of home, social media and tactical digital activity. 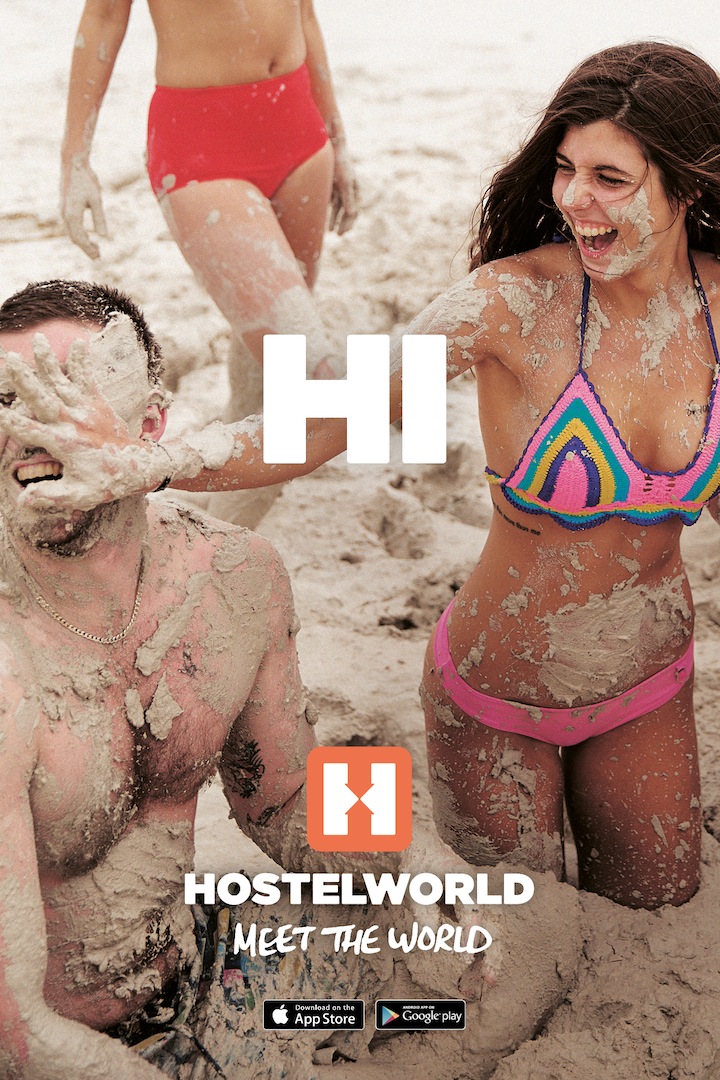 Ottokar Rosenberger, Hostelworld’s CMO, said: “Hostelworld isn’t about polished brochure holidays, it’s about real travellers in real places, who crave adventures, not souvenirs. This is reflected in our new ‘Meet the World’ advertising campaign, which features genuine travellers that are strangers upon meeting, sharing a once in a lifetime experience of skinny dipping. Needless to say, we had to work hard to convince media owners to run an advertising campaign featuring real travellers skinny dipping in front of the camera, but we believe it is a great expression of the spirit that great travel experiences starting in a hostel entail.”

Helen Calcraft, founding partner at Lucky Generals, said: “We’re delighted to be helping Hostelworld on this exciting new phase in their journey, and to have not only worked with them to redesign their brand identity but also to have captured such a liberating, real travel experience.”

The adverts follow a global rebrand developed with Lucky Generals and unveiled in May that consisted of a new ‘H’ logo and visual identity, which has rolled out across all channels and into hostels.