Fashion brand Gap Kids is in trouble on Twitter over an ad which some people claim has a racist subtext.

Four girls pose for the brand’s Ellen Degeneres line of clothing, GapKids X ED, with the caption “meet the kids who are proving that girls can do anything”. The picture causing controversy is the top right where on girl is posing with her arm resting on a shorter black girl’s head, people are accusing the ad of claiming that African American girls are props.

meet the kids who are proving that girls can do anything.

Here’s a screenshot of the photo: 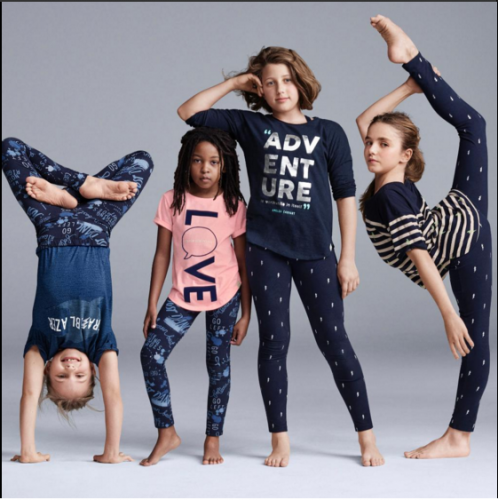 Twitter exploded with claims of racism and anger that the entire Gap marketing team didn’t pick up the problem with the picture:

@GapKids my 6 year old saw this and immediately recognized the problem but a whole adult PR dept missed it.

@GapKids yeah that’s cool and all but no one should be resting on anyone’s head. Not cool pic.twitter.com/IDhNLc21EO

@GapKids proving girls can do anything… unless she’s Black. Then all she can do is bear the weight of White girls. #EpicFail

@GapKids Why is the little black girl being used as an arm rest? I’m sure there were better photos taken. You should fix it.

Yeah, @GapKids, this is micro-aggressive racist nonsense & y’all should be ashamed of yourselves. @BellicoseGarvey @AbbyWinters80

Hey @GapKids: how many staff greenlit this racist ad? Girls can “do anything”–inc using a Black girl as an armrest? https://t.co/0CWYm6PGFc