Estée Lauder Companies and Vamp’s use of influencers as a market research tool has revealed what makes beauty brands ‘Instagrammable’.

For both emerging established legacy brands, the power of influencers to raise awareness is difficult to ignore.

Estée Lauder Companies wanted to do more than just raise the profile of the brands within their business – it wanted to use influencers and Instagram as a market research tool.

Vamp’s brief was to uncover which beauty brands are the most successful on social media and why. Estée Lauder was the first company on Vamp’s Influencer platform to utilise influencers as a form of market research.

To gain both awareness and insight, a multi-disciplined approach was needed.

Influencers are part of an ongoing marketing strategy of Estée Lauder Companies, according to its corporate digital and social media marketing lead, Kate Gildea.

“We really enjoy seeing influencers communicate our brands and products in their own unique voice,” she said.

“It provides inspiration for our consumers and also evolves our creative choices for our marketing communications.”

An influencer survey and Instagram campaign would offer both insight and greater brand awareness of the Estée Lauder Companies brands.

To gain a legitimate insight, Vamp identified 60 influencers who could become brand ambassadors, influencers who had engaged audiences that were within Estée Lauder Companies’ target customer.

Most campaigns will centre around a single product or range. Estée Lauder Companies provided the influencers with 37 products from different brands including Bobbi Brown, MAC and Clinique.

It was its first multiple-brand influencer marketing activity and influencers had the freedom to select the products they wanted to post.

So much product and total creative freedom encouraged the most authentic product recommendations. It would also indicate how different products and brands performed on social media.

Influencers were unaware of the amount of product they were being sent until their packages arrived, which lead to spontaneous social media unboxing coverage.

After this initial bonus posting, influencers were free to share their experiences of the product that felt natural to them, so as to generate the most honest findings. 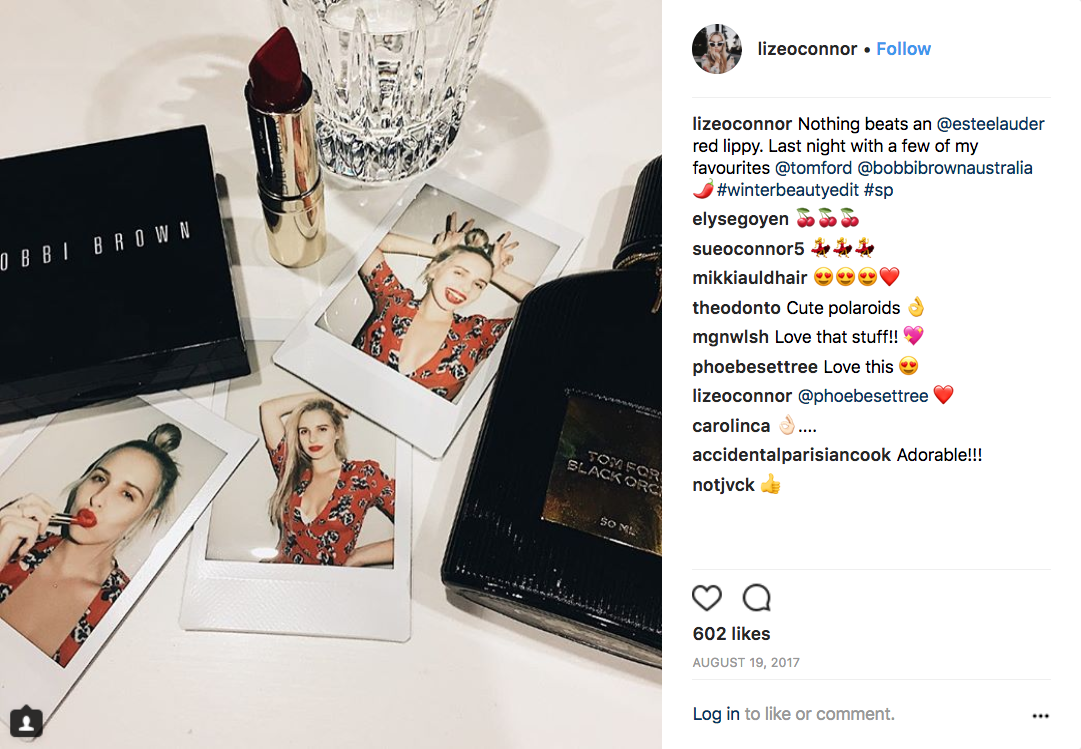 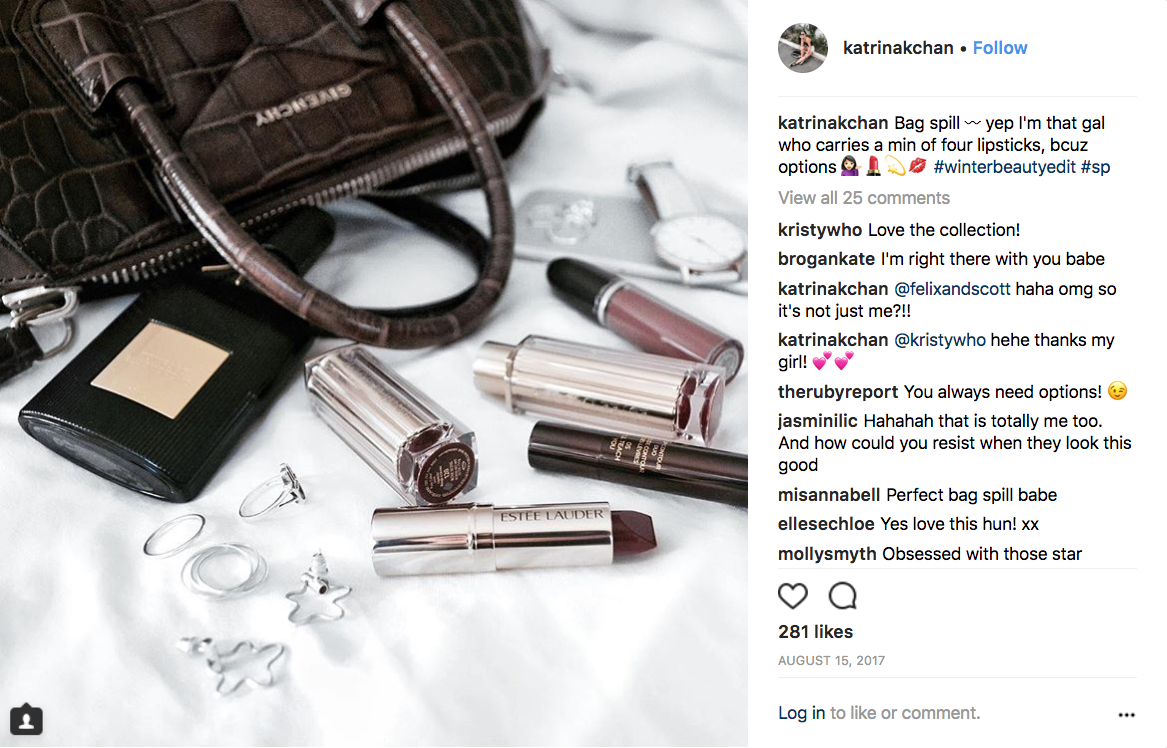 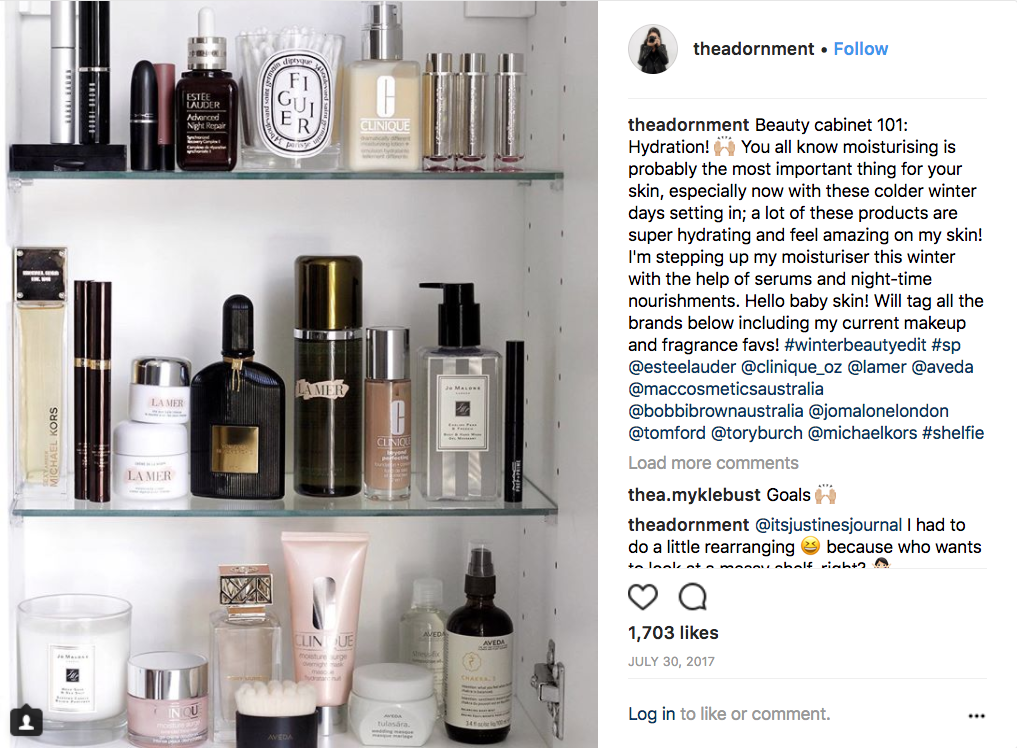 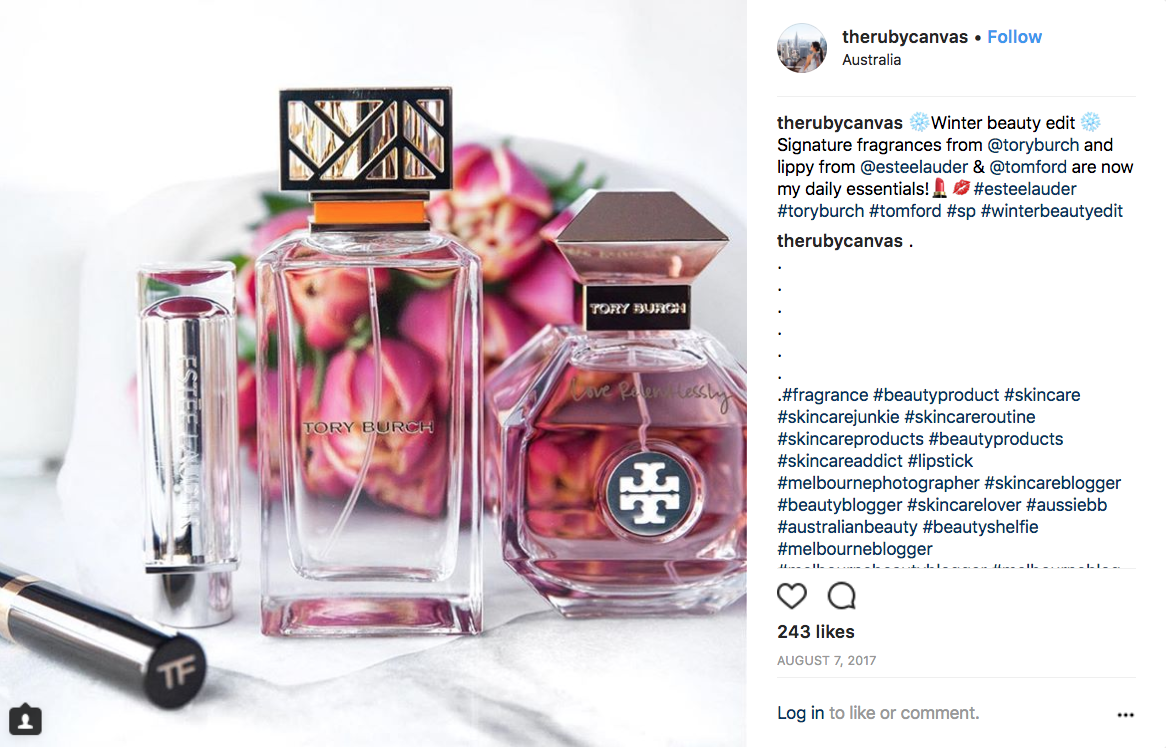 Estée Lauder Companies gained 120 pieces of content, an Instagram reach of over 3.3 million (target: 1.5 million) and an overall engagement rate of 3.8 per cent (target: 3.0 per cent).

The three most successful beauty brands on the social media channel were MAC, Mecca and Clinique, according to the respondents of the survey; closely followed by La Mer, Estée Lauder, Glossier and Aesop.

The findings also indicated that the most popular type of beauty product was skincare. Influencers and their followers are more interested in skincare than other beauty products.

“I have a lot of readers who regularly ask me about skincare,” one survey respondent said.

Fragrance and lipstick also came up trumps as most popular Instagrammable products. They are easy to photograph and achieve higher engagement on the influencers’ feeds.

The survey indicated that among millennials the most successful beauty brands on social media are those which engage in ongoing influencer activity. Other factors that influenced success were the brand aesthetic and the brand’s activity on their own Instagram account.