In case you missed it, Malcolm Turnbull challenged Tony Abbott last night and won, becoming the fifth Prime Minister Australia has had in the past five years. And social media had a field day with memes, reactions and gifs (see below for some of the best).

However, in the age of social media where everyone has a platform to loudly declare their opinions, dealing with politics is an increasing mindfield.

You’re never going to make everyone happy, and yet with social media, those who aren’t happy are able to let everyone know. Dee Madigan had quite a bit to say on the Lib Spill, including how social media played a role. Read more here.

Angely Grecia, PR manager for social analytics platform Meltwater said it’s “an understatement that social media has dramatically changed the way Australians express their political views – but the real power of social media is it has made politicians not just more accessible to the public but also more accountable.

“And that’s what the majority of the Australian public has used social media for – holding political leaders accountable.”

While social media wasn’t around when John Howard was in power, Grecia would be intrigued to see what would have been said.

“It would have been very interesting to know how public views compared on social media versus opinion polls because social media data is in many ways ‘unfiltered’,” she said.

Data from Meltwater about the leadership change showed there were nearly 20,000 conversatins on social media around Turnbull and #LipSpill, with 13.4 per cenet being positive, 18.4 per cent being negative and 68.2 per cent neutral. 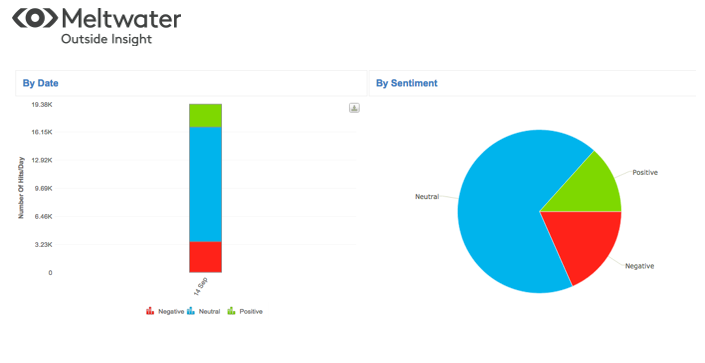 “Voting choices and political beliefs used to be quite a private opinion that wasn’t always shared publically with peers unless people knew they had similar views,” he said.

“Social media and its ability to allow everyone to be an author has changed this behaviour significantly. The other reason why social media has been instrumental in Abbott’s leadership is due to Millennials shift in media consumption.

“The change in media consumption has meant that for many, their peers opinion and thoughts about Abbott outweighed the facts of traditional media reporting.”

However, Adam Vincenzini, founder and managing partner at social media agency Kamber said it wasn’t social media that brought Abbott down, it was “actions, policies and values that don’t resonate with the electorate” which failed Abbott. However, he notes people on social tend to gravitate to humour, and questions whether this is a trend politicians should take up.

“We’ve always liked making light of our politicians in more traditional environments, but social media has given the public a chance to add their witty observations to the mix and have them recognised,” he said. “Abbott may have been an easier target than most, but no matter the political figure, we’ll never get tired of genuinely humorous content. Should politicians attempt to take themselves less seriously in response to this trend? I don’t think even the ‘all powerful’ beast that is social media can do that!”

Next time a politician tells you polls don’t matter, #libspill is proof nothing appears to matter more to politicians. — Hugh Riminton (@hughriminton) September 14, 2015

if i’m not mistaken ‘advocacy not slogans’ is a slogan. #auspol #libspill — todd sampson (@toddsampsonOz) September 14, 2015

WE’RE CONTEMPLATING THROWING OUR HAT INTO THE RING FOR THE LEADERSHIP VOTE TOMORROW. ALWAYS WANTED OUR OWN PLANE #libspill — The NT News (@TheNTNews) September 14, 2015

Put Out your onions

Someone also started the hashtag #PutOutYourOnions in honour of that time Abbott ate a raw onion on TV. Social media users started posting photos of a bag of onions outside doors.

I’m not sure how I forgot… we’re also farewelling our Minister for Women. #putoutyouronions #libspill #auspol pic.twitter.com/jPEdqtgq54

.@plalor agree that #putoutyouronions is a bit poor. Am all for free speech and hate PC, but Phil Hughes’s death should be above politics

#putoutyouronions too funny not to join it. How bout dem onions? pic.twitter.com/tu0ObAucsC