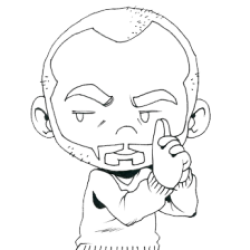 
Pedal Heist has partnered with Lorna Jane, Student Flights and Grilled stores across Australia in a campaign to give away a bike a day.

Media Playground has created an interactive video to launch Pedal, an affordable range of Fixie and Cruiser bikes, and to raise awareness of the Pedal Heist Facebook promotion.

The Pedal heist page recognises your device to present the appropriate version of the video.  Until technology catches up, Mobile and Tablet users will only see a non-interactive version.

The interactive version allows each viewer to select their own Pedal journey, as they follow a group of guys and girls on their urban journey.

There is no fairytale ending, as the cast discovers that their bikes have been taken away for the Pedal Heist Facebook promotion. Viewers are then prompted to follow 99 Bikes on Facebook where the location and padlock combination is shared each day at 12:30pm.

To extend the campaign reach “Heist Partners”, Lorna Jane, Student Flights and Grill’d stores across Australia are being used as giveaway locations, with each brand pushing the daily reveals through their own social channels. After only one day, some 2,500+ people have viewed the video, and 1,500 people have engaged with competition on Facebook.

The Pedal Heist campaign launched on 6th August and will give away a Pedal bike each day for 10 days.

Clemenger BBDO Sydney It's Your DNA Surprise and Delight Marketing