Advertise with us
Posted 9 October, 2014 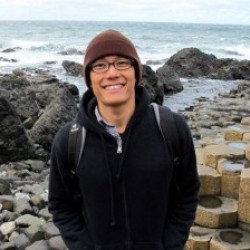 Ballard is an experienced mobile and digital industry leader who has successfully managed regional business operations and client relationships at digital marketing firms in Australia for more than 12 years. Prior to BlisMedia, Ballard was general manager of Amobee in the region and head of client services at mobile innovation firm MIA.

“I’m thrilled to join one of the top adtech and big data firms,” says Ballard. “We are at a point today where only the most relevant digital ads resonate with an increasingly sophisticated consumer base and BlisMedia provides the right data to build intelligent audience profiles while offering the best platform to serve these ads,” he adds.

To expand the company’s presence in the region, Ballard will focus on developing existing partnerships to fully utilise the audience behavioural insights that BlisMedia generates by tapping into location-based data. Ballard will also introduce the firm’s self-serve demand-side platform (DSP) and location-based intelligence to the market.

Ballard is based out of BlisMedia’s Australasia hub in Sydney and will report to Harry Dewhirst, BlisMedia’s president and chief commercial officer.

“Nick’s knowledge of the adtech and media landscape in Australia and New Zealand will be pivotal to our business growth in the region,” says Dewhirst. “We are excited to have Nick on board, and are confident more brands will be able to leverage BlisMedia’s advanced technology as a result,” he adds.

BlisMedia works with over 400 of the largest global brands across all major industries, including American Express, Woolworths, Peugeot, News Corp Australia, GE Commercial and more in Australia and New Zealand. The company was established in the UK in 2004, bringing audience location data and consumer targeting expertise to brands.

The company recently appointed Dewhirst, co-founder of adtech firms Amobee and RingRing Media, to its executive team and board of directors in July 2014 to propel its global expansion.