In this opinion piece, SenseCheck founder and managing director Phil Toppi (pictured below) discusses what auto advertisers are doing right (and wrong) in the SUV segment. 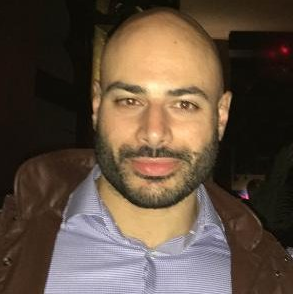 A recent study by Roy Morgan research revealed that 618,000 Australians intend on buying a new car in 2017, up by 50,000 versus 2016. One of the highest growth segments in the automotive category are SUVs. To put their staggering popularity into perspective, in 2015 there were 100,000 more passenger vehicles sold in Australia than SUVs – less than two years later, and it is widely expected that 2017 will see SUV sales surpass passenger vehicles.

With recent SUV launches extending as far as Alfa Romeo, Maserati and even Bentley, it is clear that every automotive manufacturer wants a piece of this highly lucrative segment. Subsequently, the onslaught of messages from auto advertisers has reached fever pitch. But in this increasingly fragmented and highly competitive segment, whose creative is breaking through the clutter and delivering the strongest business impact? We found out the answer by using SenseCheck’s on-demand to test the creative effectiveness of 12 SUV TVC’s.

The following table ranks all ads tested by the SenseCheck rating, a composite measure out of 100 which predicts the emotional, brand and business impact of the ad. There were only four ads which exceeded the Australian TV average of 51, while the particularly poor performance of the bottom six ads placed them in the bottom 30 per cent of all TV ads tested in Australia. So what can auto advertisers learn from the performance of these ads to inform future creative strategy and maximise their share of the flourishing SUV market?

The top performers were all brave and chose to invest in creativity.

Toyota Kluger and the Mazda CX-9 sat in first and second place respectively for likeability, although they tapped into quite different emotions. Toyota Kluger’s ‘Built for families, designed for attention’ starts like any typical car ad, featuring a stylish vehicle driving around the city. However, when the little boy in the back seat notices a middle-aged man staring inappropriately at his mum, he winds down the window and expresses a disapproving stare. This subtle and clever twist, both surprises and delights viewers, generating smiles and amusement.

In contrast, the CX-9 took a more gentle – albeit just as powerful – approach to the emotions it leveraged. The ad elicits a sense of warmth, affection and happiness by depicting the story of a young father and his children, and the typical things kids get up to when preparing for school drop-offs in the morning. Combining this warmth with a sense of luxury, style, sophistication and versatility, proves to be a powerful combination for Mazda.

Hyundai Tucson’s spot, created by Innocean, took a unique approach to highlighting product features (the moon roof), building a narrative around four coin-operated binoculars who come off their stands at a scenic outlook and steal a car. The binoculars take viewers on an entertaining and sometimes hilarious journey as they explore the city. This was the most unique and distinctive ad out of all those tested, with the choice of soundtrack contributing perfectly to the upbeat and high-intensity tone.

The Skoda Octavia spot takes the typical stereotypes played out in automotive advertising and turns them on their head. It starts like so many others by featuring a stylish car driving around twisty picturesque roads, but just when viewer’s eyes are about to glaze over with boredom, the woman in the passenger seat turns to the camera and explains how her husband, her kids and the music are all fake. The ad finishes with the narrator urging viewers to ignore the common clichés found in automotive advertising and to instead focus on what you’re really buying – a car. This unexpected twist and refreshing transparency helps to maintain high levels of viewer engagement, interest and intrigue throughout the ad, leading to the strongest perception of the brand being different to other manufacturers.

The weaker performers were overly product and feature-focused.

Increasingly, advertising which doesn’t entertain, excite or emotionally resonate with viewers, is getting lost amongst the constant barrage of hard-sell, poor quality messages that consumers are faced with every day. Contrary to popular belief – and proven by this experiment – advertising does not necessarily require a rational message to motivate people to change their short-term purchase behaviour. In fact, while the top four performers overall had a creative-led focus, they were also the top-four ranking ads on Persuasion (a rational measure of purchase intent), proving the power of emotionally engaging content. The impact of functional benefits and call-to-actions will often be amplified or diminished depending on whether they are communicated in an emotionally engaging way.