New South Wales Premier Mike Baird announced his decision to lift the ban on Greyhound racing last week and said the majority of the community wants the Greyhound industry to have a second chance. But what does social media say? Spredfast’s market director ANZ Adrian Mottershead, explores.

Since the introduction of the ban decision in July 2016, this has been a hot topic on social media with many Australians taking to Twitter to denounce or approve the new decision.

Spredfast, a social media software company monitoring what is happening on social media platforms around the word, has closely watched the reactions on Twitter in Australia.

Some keys findings were: 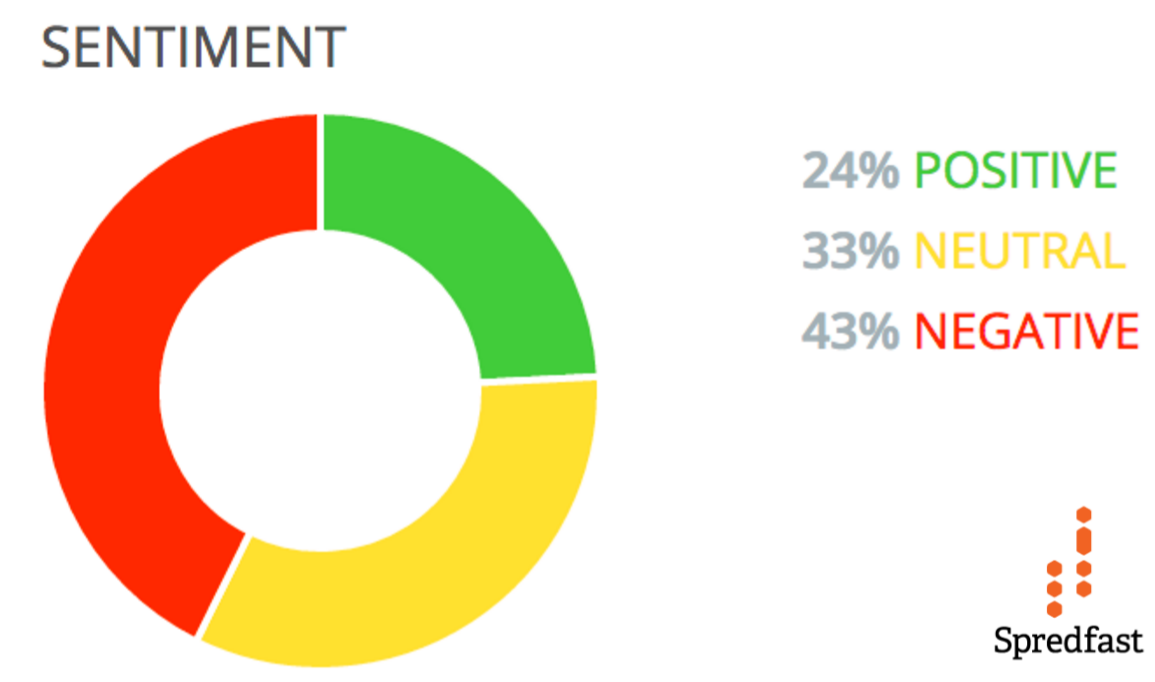 Spredfast’s market director ANZ Adrian Mottershead said “The spike in negative sentiment speaks for itself. Looking at the top 14 terms associated with this news, they are all strongly opposed to the change.  It’s clear that many Australians are deeply unhappy with the change in policy and the reinstatement of Greyhound racing.”

The conversation has been most germane to the ban reversal itself and why it was initiated in the first place. When the ban was announced in July 2016, the sentiment was largely positive (35 per cent).

Now, Australia’s response is quite negative, with more shared content about the hypocrisy reversal and continued abuse by trainers.

The top five most-shared tweets, all strongly opposed to the reversal of the ban. Three of the top five tweets come from Aminals Australia:

Mike Baird has forgotten how upset he was by the report on greyhound racing abuses, but you don’t have to. pic.twitter.com/iXpU4qqPXS

While #GreyhoundRacing continues, so will this.

There is nothing stronger in this world than our collective compassion.#GreyhoundRacing WILL end. 2day’s repeal = delay of the inevitable. pic.twitter.com/IUIXXXDxhe

No dog deserves to suffer and die for gambling money.

Through the analysis of Australians on social media, it is evident that the majority are against the ban lift and demand for its reinstatement.