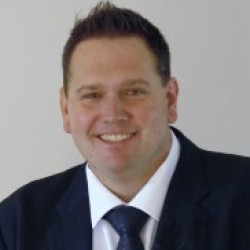 
Independent football (soccer) podcast the Daily Football Show has clicked over one millions listens, enforcing its place at the forefront of the new media landscape.

Launching a little over 12 months ago, the Daily Football Show is Australia’s only everyday media product, something that equally fills host and Executive Producer Mark van Aken with similar amounts of pride and hunger.

“We very much went into this project with a ‘suck it and see’ mindset, but firmly believe we have a compelling proof of concept,” van Aken says.

Outside90.com Founder Adrian Houghton, whose site houses the show and now rivals mainstays such as SBS The World Game, Goal and FourFourTwo in terms of key metrics, has enjoyed the growth of the site’s podcast and associated content which is listened to up to 10,000 times a day, and – on average – 140,000 times a month.

“We’ve been asked why we aren’t on radio but our bread and butter is podcasting,” Houghton said. “We live in the pocket of everyone in the country and our job is to find the football fans amongst them and introduce them to our product.”

Long-term partners have been found, including fledgling football retailer Ultra Football and leading energy comparison site Electricity Wizard. Other suitors are in the pipeline. Producer Dom Favata has seen accessibility and respect grow in line with the program’s numbers.

“Early on it was a leap of faith from the clubs and agencies we dealt with for guests, as well as our regulars like Matt Windley form the Herald Sun and renowned newsman George Donikian, amongst many others, but we’ve rapidly grown our numbers and delivered,” Favata said.

“We feel that faith has been repaid with a highly engaged, incredibly relevant and unique audience consuming what has become – in a short space of time – the new media product of choice for A-League and Socceroos fans in an absorbed and sought-after demographic”.

The Daily Football Show can be heard from 4PM Eastern Monday to Friday via outside90.com, audioBoom, iTunes AND on multiple Android apps.