Advertise with us
Posted 5 February, 2020


In what will surely prove more grist to the mill for Sir Martin, WPP’s share price tumbled more than 11 per cent over January.

According to data by S&P Global Market Intelligence, the hefty whack came after London analysts failed to be won over by claims made by CEO, Mark Read (main photo), and the senior management team.

Over the past month, heavyweight brokerage Goldman Sachs downgraded the stock from buy to neutral following Read’s presentation in mid-January.

Worse, Bank of America reportedly downgraded it to underperform. The chart below highlights the 11.4 per cent fall over January. However, it has recovered since the start of February. 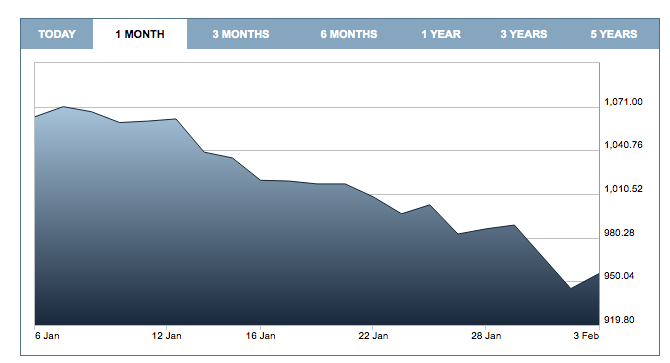 A quick look at WPP’s fortunes against the other holding companies Publicis, Omnicom and IPG, shows it’s been the worst performing of the four for some time. 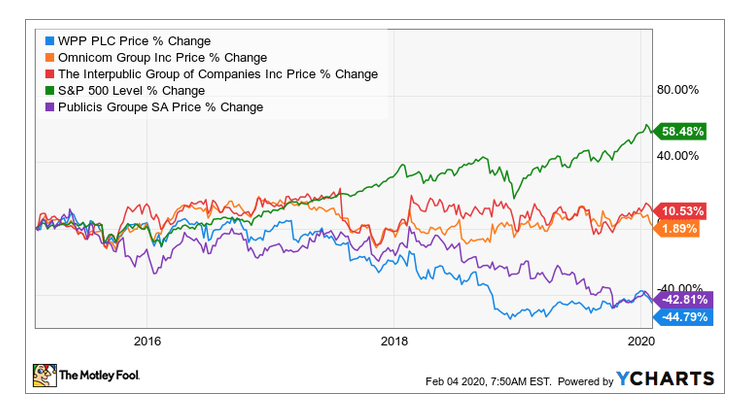 The problem for WPP appears to be convincing the analysts of its relevance. It’s been suggested that its media buying arm, GroupM, is really the only profitable part of the world’s biggest media company. (So much so, Sorrell has repeatedly said that GroupM should be sold to Accenture for $US15 billion.)

GroupM still relies on big ad spends from global corporations that, in turn, are increasingly shrinking budgets and moving the dollars they do have away from GroupM’s core – TV advertising – and into cheaper digital and e-commerce options.

Apparently, Read’s mid-January presentation emphasised that WPP was increasingly digital focused and that’s where the company’s growth would come from.

“WPP is extremely well positioned to help our clients understand how the world is being adjusted by those companies,” Read is reported to have said. In other words, clients will need WPP to help them manage the avalanche of data that is coming their way.

Commenting on WPP’s conundrum, Lee Samaha wrote on Nasdaq.com: “Read’s argument may well be valid, but the deeper question is whether WPP’s growth opportunity from helping clients manage their online campaigns will offset declines from its traditional business.

“Moreover, large clients are developing their own in-house capabilities to handle online marketing, and large consultancies like Accenture, Deloitte, Ernst & Young, and also IBM are increasingly muscling in on a market that they may understand better than the ad agencies.

“Looking ahead, WPP and the other traditional agencies are going to have to convince the market they are capable of managing the dynamic shifts in their industry. That’s the only way they’ll avoid the fate of long-term structural decline,” Samaha wrote.