So unless you have been living under a rock, lost your phone or turned the Internet off, then we’re sure your social media feeds have been filling up with glorious comments and thoughts about the World Cup, and in particular about the marketing campaigns of the brands associating themselves with the event. Grant Flannery and Chrissie Malloch from The White Agency share their views.

So we ask the question: How do you create one of the most talked about marketing campaigns surrounding the World Cup?

Get banned for all the right reasons

Leading the pack this tournament has to be Beats by Dre. They have been red-carded this World Cup by Official Sponsor and arch rival Sony for its beautifully executed ‘The Game Before the Game’ five minute long feature, letting us in on the pre-game rituals and routines of football stars like Neymar and Suarez and also giving Neymar’s Dad a new career as voiceover talent.

Despite FIFA telling all players that they are not allowed to sport the Beats by Dre headphones getting off the bus before a match or at press conferences, many players have continued to wear them during warm-ups and have also been seen rocking the stylishly cool headphones in change rooms. From this positive stance by the sporting heroes themselves, the #BeatsArmy on Twitter have become more vocal than ever in support of their favourite headphones and to be honest, this has made Beats by Dre one of the most desired products in the world right now (enter Apple with a  few billion dollars).

Some fans even attribute goals to the avid use of this product, including @JimmyTatro who tweeted “Neymar’s goals were all made possible by #beatsbydre”. Not sure Neymar would feel the same way but it’s a nice thought. I can’t wait to see all the kids begging their parents to buy them some Beats by Dre so they can play like Neymar, Rooney, Chicarito or Suarez.

On another note, who needs to fork out exponential sums of money to be an official sponsor or partner of the World’s most popular sporting tournament if you can simply perfect your content marketing strategy, like Nike.

With a similar approach to their 2010 World Cup Campaign, Nike is another brand that has successfully hijacked the theme of the World Cup and are running-off the back of the hype with their innovative Nike Clones five minute animation film titled ‘The Last Game’. This video manages to instill passion and pride as they gather together clones of the world’s best players to form an invincible team (just like the Gunners in 03/04).

In just one day the video had amassed 10.4 million views across traditional and social media, not to mention the surge in Twitter fans. The popularity of this video alone has undoubtedly led to more people assuming the incorrect association that the tournament is Nike’s by right. Therefore, we’re witnessing just how powerful the art of storytelling is and thus the key impact of nailing content marketing and giving consumers what they want, which definitely isn’t a logo in a stadium that they will probably never visit.

During the last World Cup, the technologies we now use religiously and almost out of necessity were still quite foreign to most brands, so their capabilities went untapped in 2010. This year, brands are finding more and more ways to use social in an entirely new and relevant way.

Nike’s #riskeverything campaign, which launched on Twitter as an extension of their film, once again achieves the desired effect of a direct association with the World Cup. Even though it isn’t overtly mentioned in the tweets which house this hashtag, the correlation is unmistakable due to the carefully selected imagery which includes images of current players shown going head-to-head in a battle of the ages. Not only is @nikesoccer utilising this hashtag, but players and fans have successfully adopted it also. Further proof that Nike continues to get around the ludicrous costs and heavily manned constraints of traditional sponsorships by understanding their consumers’ use of social platforms.

In addition to brands utilising social platforms more effectively this World Cup (which we all knew would happen), the platforms themselves have been particularly savvy in aggregating topical information, namely Facebook and Twitter.

Twitter has launched ‘Trending  World Cup’ which is a hub that features statistics, highlights, collection of posts by friends as well as players and teams you’ve nominated to support, and also an interactive map of the most avid football fans all housed within your feed. As Twitter knew it would inevitably house the conversations of passionate supporters, avid hecklers, match data enthusiasts and many others, they have made it easy to nominate who you support in order to provide you with tailored World Cup and Match timelines. These features are not only real-time but also contain an engaging mix of statistics, ‘Man of the Match’, photos and video content.

The benefit of these companies incorporating it into their platforms is that it allows football fans a way of consuming up-to-date data without the need for downloading another app or even changing their daily routine. Their daily trawl through these newsfeeds will automatically keep them abreast of goings-on, albeit in a more tailored way than ever before. To be honest it’s absolutely brilliant, hats off to Twitter.

Just to conclude, we would like to give thanks to the brands getting behind the game, officially or unsolicited (more so the unsolicited ones of we’re honest), and really understanding consumer behaviour – this is something that is close to our hearts here at White. This year’s soccer World Cup is already more entertaining than ever before. 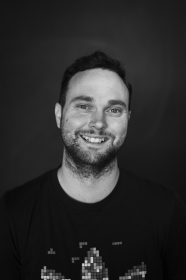 Grant Flannery is senior lead digital strategist at The White Agency. An award-winning strategist, he helps clients realise what it takes to create a world-class interactive experience that influences online and offline behaviour to drive business revenue and innovation. For more frequent updates follow him on Twitter @grantpat. 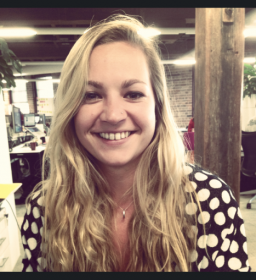 Christina Malloch is a Gen-Y, socially savvy and digitally bred Junior Strategist at The White Agency. She’s enthusiastic about connecting consumers to brands via innovative solutions and thrives on influencing peoples online behaviours.