Regular readers of B&T would no doubt have devoured the wise words of 3% Conference Keynote speaker Susan David yesterday. And the good news is that we’ve got Part II of our interview with her right here!

In case you missed yesterday’s chat, Susan David Ph.D is an award-winning psychologist on the faculty of Harvard Medical School. David is also co-founder and co-director of the Institute of Coaching at McLean Hospital; and CEO of Evidence Based Psychology, a boutique business consultancy.

In recent years she has achieved a new level of fame after publishing an article called Emotional Agility: What Does It Take To Thrive. It went viral, with the Harvard Business Review naming it Management Idea of the Year.

Read on and be enlightened and inspired by Susan’s words of wisdom.

In terms of female participation in the upper echelons of the workforce, what are you seeing currently that both pleases you and concerns you?

I’ll start with my concerns. There is still systemic discrimination in the workforce. Problems arise when organisations think they can just get the numbers [of female staff/leaders] to a point, then it’s job done. By hitting a quota, it doesn’t mean organisations are getting the most from their employees. The real issue is that people running businesses don’t understand why diversity is important.

Another concern is that many people in high-ranking positions think it’s enough to simply accept there’s unconscious bias. But a blind spot by definition is blind – you’re not aware you’re doing something. Breaking these habits is the only way real progress can be achieved.

On the flip side, I am encouraged that today many organisations are implementing systematic and habitual changes around recruiting and promoting. They are looking at hiring and promotion panels, and asking themselves, are they diverse? They’re the kind of businesses that are not run by male gatekeepers.

And with these issues, it’s not just about gender – it’s about humanity. A successful workplace is about diversity of thought and emotions.

You’ve spoken extensively at conferences in the past. What are the most common questions you’re asked when you present?

By far the most common question I’m asked is how do these ideas [around emotional agility] apply to raising children.

I’m also asked a lot about how we should ready our child for the changing world ahead. As parents, we jump in and try and take away sadness a lot of the time. It’s a protective measure, but it can have adverse consequences.

On a similar topic, I am sometimes asked what is the one thing that keeps me awake at night. I heard this question asked of Elon Musk, and his answer really resonated with me. He said, “In the next decade, 50 per cent of people will be denied meaningful work”. That is something we will have to address in the near future, on a tangible and emotional level.

Who are the most inspirational women you’ve come across over your professional career and why?

Although she is probably not known to Australian audiences, I would single out Ruth Ann Harnisch. Ruth is a former journalist and news anchor with three decades of experience. A notable thing about Ruth Ann is that she takes everyday opportunities to use her voice. This is a woman who if she feels something is wrong uses her voice to highlight injustice. When there’s women who are prepared to speak up and say, “This isn’t ok, it’s not good enough”, then that’s a really positive step.

Ruth Ann acts in ways that are values-aligned and makes a difference (her work centres on racial and gender equality, and she has also set up The Harnisch Foundation, a philanthropic body).

At the end of the day, we all have a voice, and using it can feel unsafe. It takes practice. The more women who use their voice, the more we’ll see meaningful changes.

David will deliver her keynote address at The 3% Conference on Thursday 31 August. To hear her and other media luminaries like Cindy Gallop and Lisen Stromberg, grab your tickets here. 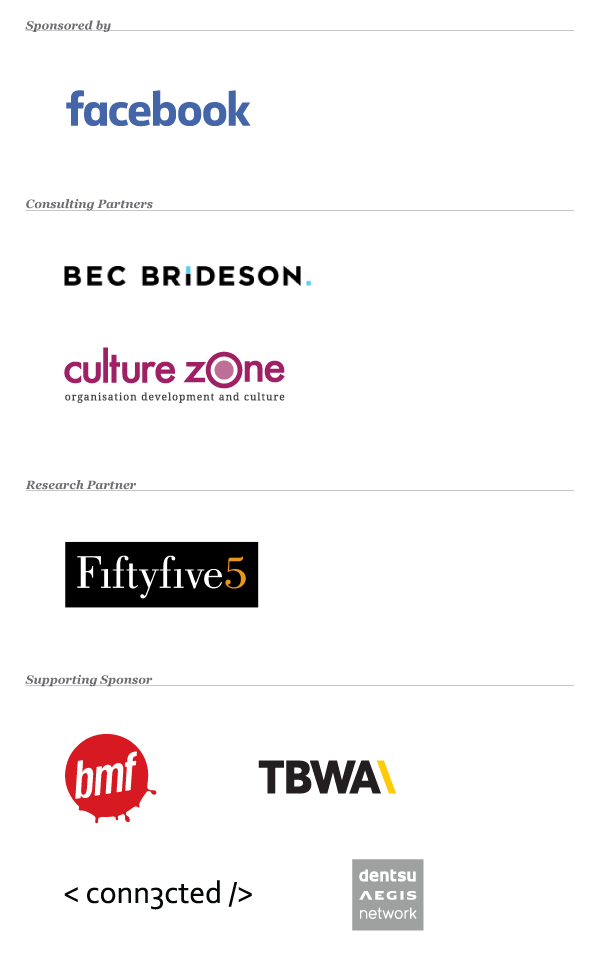