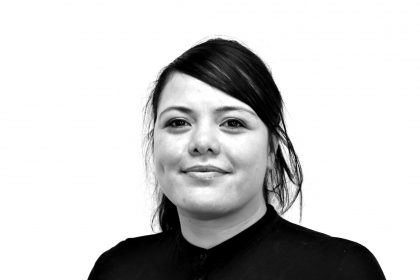 I believe the B&T Women in Media awards are important as they inspire excellence, and fully support industry awards that allow us to recognise amazing talent. I’m looking forward to a future where a industry awards divided by gender is no longer needed. Furthermore, where industry awards categories serve to draw at least some attention to often-marginalised or underrepresented groups, like our indigenous colleagues and where the imbalance in roles that are available shapes what’s awarded. Today, that is not the case.

As a society, I believe in the importance to recognise and celebrate the academic, artistic and intellectual achievements of our brightest and brave. For example, Rev. Martin Luther King Jr’s work to end racial discrimination in the United States in 1964 (not to forget one of the most famous and influential speeches of our time “I Have a Dream”) was recognised with a Nobel Prize for Peace and brought recognition for his work.

The Nobel Prize is a great example of awards which ARE NOT divided by sex. Marie Curie and Mother Theresa are both equally important and notable recipients and when it comes to recognising academic, artistic and intellectual pursuits, gender should not be a cause for difference.

I would like to say there is no need for a gender specific awards category in our industry, I mean if it’s good for the Noble Prize, it’s good for us, right? But is it? Have you ever wondered why there are specific awards, such as the Academy Awards, which ARE divided by sex?

I’d like to think it’s the same reason why the Women in Media awards are so important. Although the skills and abilities of men and women are the same, the reality is, it’s not a level playing field. In our industry, we have a legacy of more men getting nominated, not because of overt sexism, but because men are more likely to have the types of roles which are more likely to be recognised in our industry awards categories. Until the barriers are removed and women are afforded the same number of high-recognition, high-profile roles that men are, there must be ways to shine a spotlight on high-performing women.

At GroupM and WPP we’re committed to changing this. Earlier this year I participated in a global WPP initiative, Walk the Talk, that’s part of a recognition that globally women are underrepresented in leadership roles and that this is not good for people, or business. It aims to provide women across our organisation with the training and tools to help them understand what they need to actuate their “bigger game”.

At the same conference, WPP’s John (Steady) Steedman announced WPP AUNZ’s 50:50 gender distribution by 2021, his commitment to “leveling the playing field” and building a more inclusive and diverse group of companies. I couldn’t be prouder of what we are doing as an organisation than I am today and writing this. When I think of the great leaders of WPP and our industry, it John Steedman and being part of this movement will go down in history.

I’ll never forget when Steedman said: “We’re going to be 50:50 by 2021 and if you’re not onboard, frankly I don’t want you in our organisation.”

The biggest impediment to equality in the workforce is not recognising the imbalance. Even with all the supporting facts and data, for some people there is still a sense of “I don’t see any problem” or “I’m not like that, so I don’t agree it’s important”. We can do better as industry to collectively accept that there is a problem and take radical action to change it.

It brings me hope, as an industry, if we can use our collective energies and skills to focus boosting workplace equality, on leveling the playing field and changing the ratio, who knows where we may end up in history.

Name the most influential woman in your life.

My mum, who is my rock, my inspiration, and my biggest fan.

What’s a little something everyone can do today that could potentially make a massive change in the struggle for equality?

Own the conversation and be part of the change, there’s no sitting on the fence with this one.

I’d make it my priority to improve equality laws in Australia, starting with addressing the gender pay gap, like when Iceland passed a law requiring companies to prove they pay employees of both genders the same back in 2017.