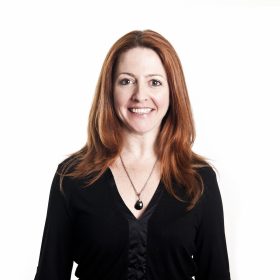 I have to be honest. Women-only initiatives used to make me cringe.  I never felt the need to care as I never felt discriminated against at work because of my gender.  However, over the last few years, I have seen the benefits of these events for women at all levels and to the future diversity of male-dominated industries.  It’s these events, such as B&T’s Women in Media Awards, that provide women with a platform to promote their successes and raise their profile with the industry and their own company.  These events identify role models across the industry inspiring other females to follow in their footsteps.

I feel so blessed to say that I have a few role models in my life. I have always been surrounded by influential women both at work and in my personal life.  My first strong female role model appeared at the very start of my career.  Mandy Pooler was the Managing Director of Ogilvy & Mather Media (before Mindshare existed).  I didn’t realise it at the time but Mandy was the only female leader in the industry at that point in time.  She asked me to speak at a conference with her when I was 22.  Having someone of her level and experience believe in me so early is something I am very thankful for and it had a massive impact on my confidence.

Reflecting on the biggest impediment to equality in the workforce, I believe that unconscious bias impedes diversity from every angle not just gender.  Hiring and succession planning should be based on credentials, abilities, and attitude to be fully effective. Ideally, it should be an emotion-free process with a data driven approach and zero biases. However, the existence and impact of unconscious bias is hard to eradicate. Affinity biases, which are unknowingly triggered, may lead people to favour candidates who emit similar vibes as them.  It is an automatic and unintentional psychological connect based on culture, values, norms, gender or stemming from traditions. Sub-conscious preferences and repulsions come into play and indirectly impact decision-making to perceive and categorise an individual based on his/her gender and stereotypes.

I think a little something everyone can do today that could potentially make a massive change in the struggle for equality is be understanding of everyone and their situations.  To do this properly you need to invest time to get to know the people around you.  Don’t be quick to judge.  Take time to consider how you respond to people’s needs as everyone’s situation is different.  What suits one person won’t suit another. A key figurehead who has been a big champion of change in the struggle for equality, in my opinion, is Steady (John Steedman). Throughout his time at Mindshare, GroupM and WPP AUNZ he has consistently rallied for diversity be it through changing policies or supporting and mentoring future leaders.  He was supporting diversity well before it became a “thing”.

I would introduce initiatives that highlight where inequality exists such as forcing companies to publisher salary figures to name and shame those where gender pay gaps exist, similar to what has happened in the UK.

When moving into new roles focus on what you can bring to the role rather than skills/knowledge you don’t (currently) have.  This has helped me step more confidently into roles when starting something new and unknown.  The ability to reframe situations to look for the positive is incredibly empowering.