In this guest post, Path51 managing director, Simon Larcey (pictured below), takes a look at Apple’s controversial decision to introduce cookie blocking on its latest update…

It’s not often you can see an entire industry go bananas over an Apple, but that’s exactly what’s happened following the Cupertino company’s decision to introduce cookie blocking on the iOS 11 update. 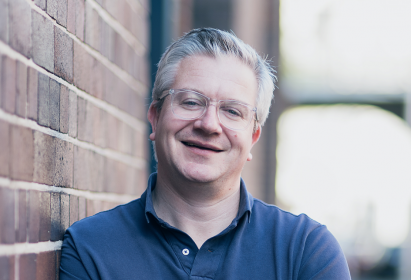 Apple has announced it will be using machine-learning technology, which they call ‘intelligent tracking prevention’, to limit advertisers’ ability to track users across multiple websites.

It’s a bold move that aims to improve the consumer’s user experience, in that they will no longer feel like Big Brother is constantly looking over them.

Some tech savvy people already turn off cookies, but most folk don’t even realise it’s an option, so Apple introducing a change to an established and accepted norm in the industry is a strategy that has got people talking.

You can probably relate to being regularly bombarded with ads after visiting different sites, with ‘like for like’ advertising subject matter. I don’t know about you, but it annoys the crap out of me!

Half the time the so-called ‘smart’ advertising is so off the mark it’s not even funny, but what annoys me the most is the assumption we are happy with our user journey being followed, and then having advertising delivered based on those assumptions.

Take last week, when my wife rang me in the office to get my opinion on a dress she liked. I went to the website to check it out, then for the next week received dress advertising. I’m sure some were bargains, but I’m not in the market!

Sure, I can turn off all my cookies, but why should I go to the effort when I’m taking a cursory glance at something? It’s indicative of a system that we’ve just learnt to accept, rather than demand something better.

Well, Apple are turning that on its head, and – surprise, surprise – it’s really ticked some companies off.

Following their cookie-cutting announcement, six of the world’s biggest digital media and marketing trade groups issued an open letter, decrying Apple for making a “unilateral and heavy-handed” decision on behalf of all Safari users.

The letter—signed by the 4A’s, AAF, ANA, DMA, IAB and NAI — called Apple’s cookie policy “opaque and arbitrary” and suggested it will “hurt the user experience and sabotage the economic model for the Internet”.

How arrogant of these organisations to say it will make matters worse. Worse for who?

If the advertising industry is so outraged with Apple, the simple fix is to boycott them. Just refuse to run campaigns that deliver on iOS.

The problem with that is, it will only help drive more sales for Apple.

So how about instead, we stop complaining about someone forcing our hand to fix a problem?

With the number of smart people working in the industry and the constant evolution of new technologies, it is time to start exploring new, transparent delivery methods that will enhance user experience, rather than freak people out.

We are not just talking about targeting, as this is what creates the annoyances. Targeting is only part of the delivery, we need to also factor in engagement, user experience and some sort of outcome. So what we need is a new way to deliver digital advertising, one that benefits all involved.

Take for example Unlockd – what a great concept!

Consumers are delivered a targeted ad as they unlock their phone. In return, the consumer gets a subsidised phone bill or extra data usage. It is a win-win for all involved.

Advertisers get to their target market in a non-invasive, pre-accepted format, with a high chance of getting some type of return. Consumers expect the advertising, can be pleasantly surprised with what they see, and save money for allowing this delivery process.

We need to develop more methods like this, where no one is annoyed by any step of the process.

With regards to the cookie blocking, I have no doubt some bright spark will find a work around. Technology like device finger printing is already being used, which could be a new way to target. However, this is just another invasive way of tracking your every move to make assumptions on what advertising you might respond to; an issue that will always annoy people.

We need to develop new delivery methods that add value and engage the consumer. A mechanism that enhances a brand’s perception, not damages it.

Apple are offering a less invasive browsing experience through their devices, in effect throwing down the gauntlet.

How will advertising respond to the challenge? Complain, or act – as an industry – to make our methods more acceptable?