Viewers tuned in to the ABC’s venerable 7.30 last night to watch a combative Leigh Sales give the prime minister a post-Budget shredding.

However, it wasn’t ScoMo’s reply that caught viewers’ attention, rather a crooked painting behind the PM that caused all the social media chat. 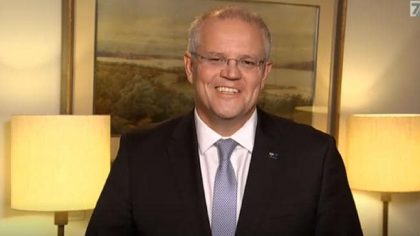 The unnamed painting was the top trending topic of Australian news on Twitter, with viewers demanding someone stop the interview to straighten it.

However, all the excitement of the crooked artwork didn’t give 7.30 too much of a lift. It managed 657,000 according to overnight OzTAM metro numbers.

With MAFS taking a break, Seven dominated the night thanks to its 6pm news (1.02 million), while MKR bounced back, taking 916,000 and winning its time slot for the fist time this year.