WPP-owned Wavemaker has repositioned itself with a new logo as the media agency attempts to simplify and digitise its global offering.

Global CEO Toby Jenner, who took the helm in September last year moving from sister agency MediaCom, said the new positioning of “positive provocation” was a key part of its new approach to grow its clients and people.

Jenner said: “I don’t think there’s a client in the world that doesn’t want to be provoked.

“We believe there is always a better way to grow [for clients],” he said.

“Growth models of the past will not serve the future. Established approaches and traditional thinking are being exploded in every sector, in every market.

“Exceptional growth now requires uncomfortable change. This change demands courage, from our clients and from our people.

“Wavemaker understands this. We must live our name, which reflects a provocative, even fearless, attitude,” Jenner concluded.

The new logo has black letters with an orange ball on the right-hand side of the letter “r”. An animated version features a bouncing ball.

The rebrand was created in-house with help from WPP digital shop Mirum, while indie branding agency NB Studios helped with the visual identity. 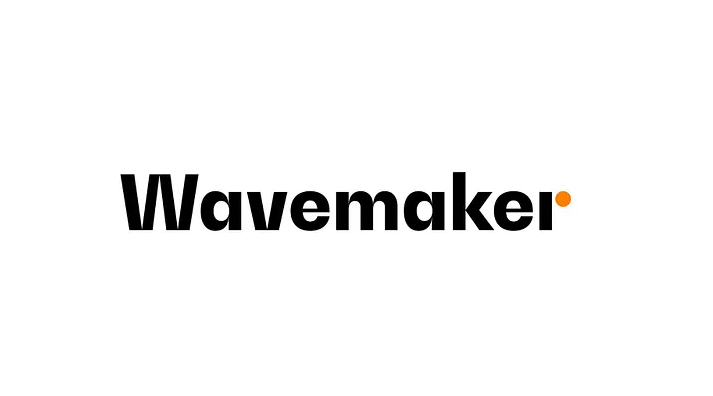 Wavemaker was formed in 2018 when WPP merged MEC and Maxus. The new agency was without a leader for the first eight months of 2019 until Jenner took on the chief exec role.

In Australia, Wavemaker was Australia’s top performing media agency in January. Wavemaker took top spot after GroupM bosses handed it the $40 million Mondeléz account from Mindshare in order to realign with the global account.