The report analyses and ranks of campaigns based on their performance in effectiveness awards from around the world.

As well as this, the report looks at the most effective brands, agencies and countries. This year, Clemenger BBDO Melbourne was the top-ranked agency globally in the creative space. 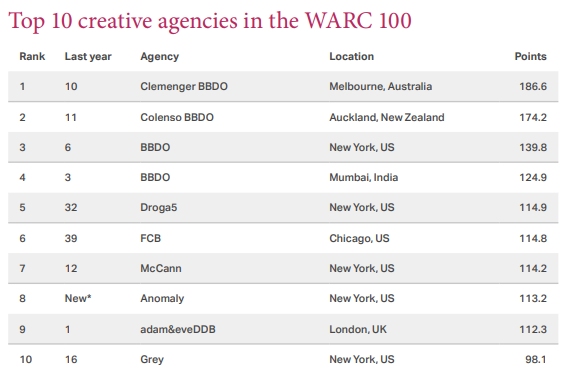 Clemenger’s high position in the ranking was likely influenced by the now infamous Meet Graham campaign for TAC, which placed fourth overall in the Top 100 Campaigns for 2018.

Australia found itself in third for country effectiveness, sitting comfortably behind the US and UK. 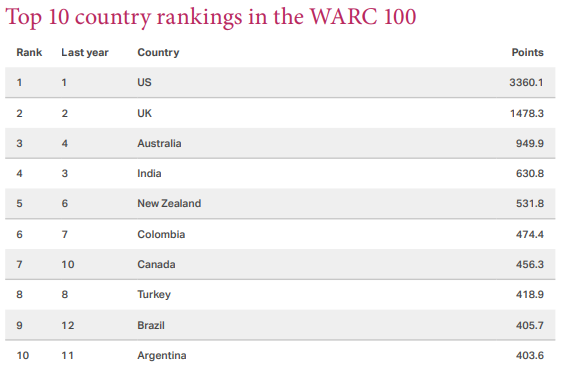 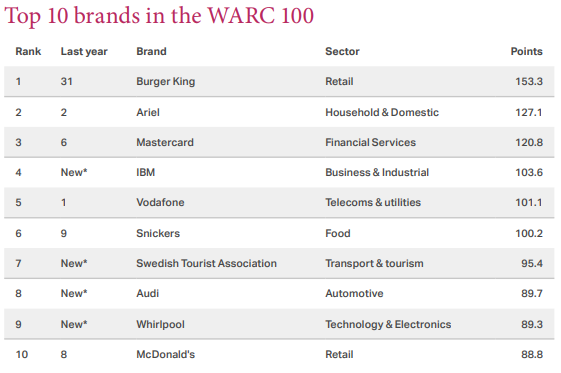 Unilever moved up one spot from 2017 to first in the Top 10 advertisers rankings, followed by PepsiCo, which moved up two spaces from last year. 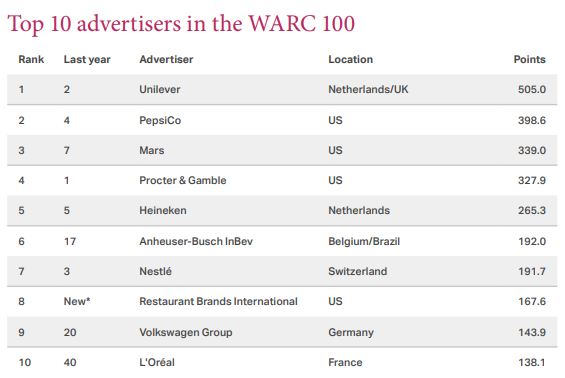 Firstly, it found purpose is most effective when brands have a credible role.

“Three purpose-driven campaigns appear in the top 10 in a year that saw purpose-driven marketing also dominate the creative rankings, the report says.

“Whirlpool’s ‘Care Counts’, ‘Imagine the Possibilities’ for Barbie and ‘Dads #ShareTheLoad’ for Ariel are all examples of the commercial success that can be driven when a brand’s purpose is intrinsically linked to its product.”

Secondly, strategies with PR baked in are becoming the norm according to the company.

“PR-led strategies have become commonplace in the WARC 100, and have done particularly well this year.”

“Three campaigns in the top 10 use this approach, where the creative and channel strategy revolve around a highly PR-able element; often a real-world product or event designed to generate headlines.”

Lastly, the report applauded campaigns which had new takes on long-term ideas.

“Several of the highly effective initiatives in the WARC 100 are based on reworking or evolving longterm campaign ideas.”

“They show how blockbuster ideas can be intelligently followed up, with brands investing in long-term strategies rather than quick wins for immediate gain.”