Paul Hamilton (pictured below) is head of technology at The Brand Agency Perth and a lead in the agency’s voice service offering, VoiceBox. In this guest post, Hamilton says voice has fast become another a necessity for brands and marketers…

In Tom Godwin’s excellent book Digital Darwinism,  he recounts his experience of working with the Nokia N series marketing team in 2006 and attending a focus group for their new prototype touchscreen phone. This could have been a game-changer for Nokia but the participants were less than impressed. They worried about greasy fingerprints, the fragility of the glass screen and living with a battery life of less than two days. They didn’t envision the future of mobile banking apps, Uber or Instagram and felt being online was just something you did whilst at home. 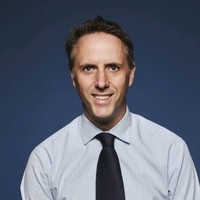 It seems short-sighted now but it’s a common pattern of technology adoption, where the technology capability precedes the real consumer application. Fundamentally, technology is just an enabler, so for a solution or product to be successfully adopted, it needs a conducive environment of engaged consumers and valuable experiences.

Voice technology has existed in this paradox for many years, from early speech recognition in the 1990’s, to the first attempts of Siri or chatbots. The technology has existed, but never truly found sufficient value to go mainstream. But it feels now that consumers are finally opening up to possibilities of voice technology and how to leverage natural language understanding and synthesised speech, as a new interface to content and services.
When you examine the current voice technology landscape, it’s more obvious why adoption is now growing rapidly. Firstly, natural language understanding (NLU) reached a threshold of recognition, that means what you say is accurately transposed into text. Secondly, accessibility to cloud-based machine learning and services means more context can be obtained from a broader range of conversational terms. Finally, access to voice capture devices, such as low-cost smart speakers and wide-spread availability of digital assistants on phones, have enabled the reach of these services. Therefore, like the revolution of touch interfaces before it, voice-first and conversational interfaces now have the power to transform the way consumers interact with technology and brands.

In Australia, Google has the edge in terms of consumer adoption over Amazon, which leads the market in the US. Amazon’s strong proposition in that market is its established and seamless integration to its commerce services. But Google won the race to enter the market in Australia and leveraged the strong adoption of Android on mobile, low-cost smart speakers plus consumers usage of Google’s search services.

Apple’s Siri was notable for its early presence (and misunderstandings) but its closed eco-system for developer apps or actions, is ultimately limiting its growth beyond native search. The one player, yet to define its obvious position in voice, is Samsung. However, that will most likely change shortly. Samsung have the enviable position of scale across many consumer products, from phones, televisions, to refrigerators. Samsung are saying that the 500 million products they intend to sell to consumers globally in 2020, will all have capabilities to leverage their voice assistant technology, Bixby.

But what does voice technology mean for brands? Firstly, most experiences with voice and natural language start with a native assistant on the device, from in-car entertainment systems to smart assistants on phones. This creates an interesting challenge for native services like Google Assistant, for how they will monetise connections via their services.

Google, for one, has built an empire based upon visual-based advertising at high volume but how will they achieve the same value with limited fulfilment opportunities over voice? Instead, I envision they will look to heavily monetise the small number of results they will serve (from a general search enquiry) and create a bidding war for which brands it surfaces.

Another method they will no doubt look to, is providing arbitration services to connect queries with brand services. We’ve already seen a glimpse of this with Google Duplex and now with Amazon Alexa conversations, native digital assistants are looking to control more of the voice experience before brands get to take over. Time will tell if this does play out how they intend, but simply looking back at the original growth of mobile adoption, native apps were soon surpassed in consumer value by third-party apps like mobile games, Instagram and Spotify.

At the moment, the voice technology landscape is still finding out what works for consumers and it’s a really interesting time to be working in this space as we are entering the next era of interface design.

Voice and conversational interfaces are such an intuitive method to interact with products and services, so it seems inevitable that usage and adoption will only continue to grow. Therefore brands will need to consider what they sound like to consumers and how they position themselves in this rapidly evolving channel, not in a couple of years, but now. Don’t be Nokia.