Last night’s Australian Ninja Warrior was all geared up for one of those special TV moments. A deaf contestant – 47-year-old Paul Cashion (main picture) – took to the starting line of the obstacle course with his wife and three kids cheering him on from the sidelines.

However, seconds in to his run, Cashion slipped and his foot narrowly touched the water which led to his immediate disqualification. However, due to his hearing impediment, Cashion didn’t notice the siren and it was left to his son to deliver the bad news, via sign language, from the sidelines. 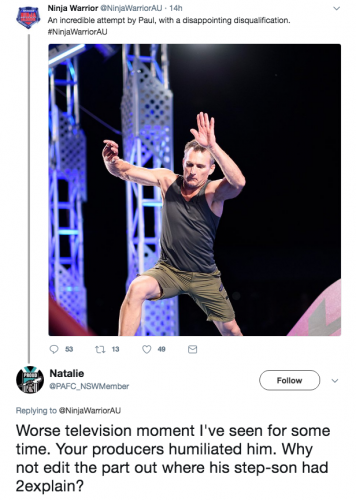 To add to the excitement, Nine had interviewed Cashion, his wife, and kids prior to his run.

“I want all deaf people and all people with impairments to see me tonight and think that they can be on the show too,” Cashion said before the challenge.

However, furious viewers have taken to Ninja’s social media pages demanding Cashion be given another chance, while many fumed at the unfortunate piece of editing that embarrassed Cashion and his wife and kids. Many calling the segment “disappointing” and “disgusting”. 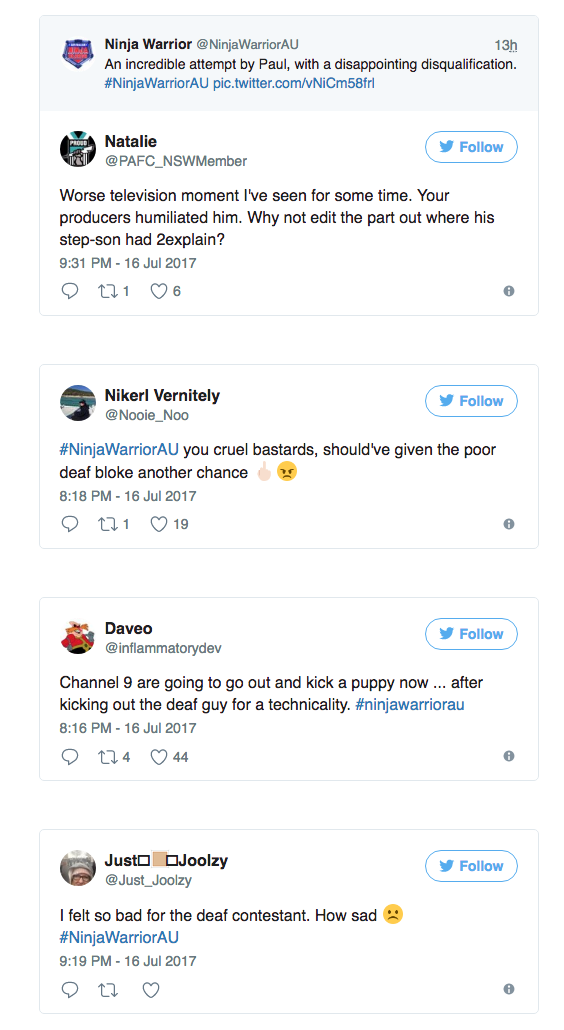 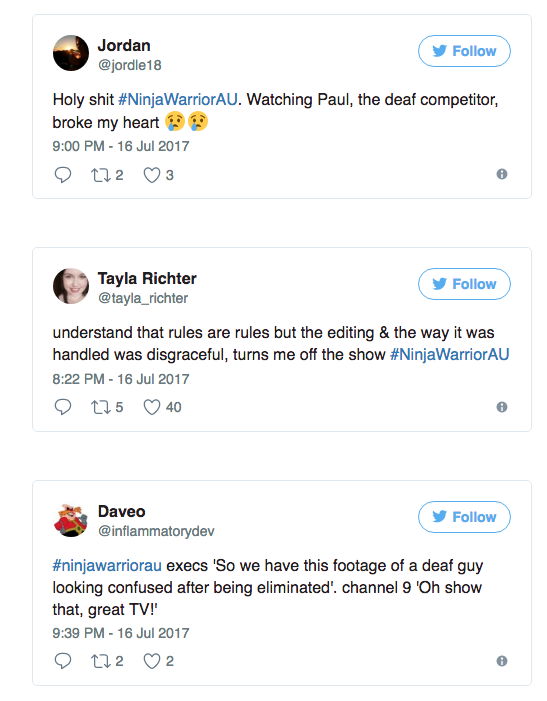 Since the furore broke, both the show’s producers and Cashion himself have issued statements.

An Endemol Shine spokesperson said: “The Ninja Warrior course can be taken on by anyone who thinks they’ve got what it takes regardless of age, gender or physical restrictions. We are incredibly proud of Paul’s participation and felt his run should be shown in it entirety.”

Paul Cashion said, “I am really proud that I took part in Australian Ninja Warrior. I wanted to share my story, to raise awareness around what it’s like to be deaf. I knew the rules, but I didn’t realise my foot had hit the water. This incredible experience will make me train harder to come back stronger next time.”