In this guest post, Denis Crushell (pictured below), global managing director of social video intelligence company Tubular Labs, offers his predictions for the state of online video this year. 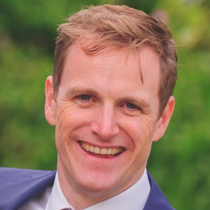 Back to work already. Barely seems like you’ve had time to squeeze in double-digit trips to the beach and some of us are already back at it. And while December was a month of gluttony, let’s start 2019 right with a lean, paleo-friendly, fact-packed preview of conversations you’ll be having with clients this year. So, give yourself that well-deserved head start with analysis for video industry this year, gleaned from 2018 stats/trends.

Are you paying attention?

I believe it was Netflix’s Reed Hastings who previously admitted: “…when you

watch a show from Netflix and you get addicted to it, you stay up late at night. We’re competing with sleep, on the margin.” Competing with sleep is a pretty big claim, but who can honestly say they haven’t been late for a meeting after a post-binge sleep-in?

Our attention is what the market wants, yet many metrics still seem outdated. A view no longer holds the same currency. It’s all about quality, and by that I mean time and engagement.

In the second half of 2018, there was a 20 per cent rise in views for news and sporting uploads on Facebook that are over 20 minutes, according to research by Tubular Labs. The desire for long-form content is there – now it’s up to creators to maximise that interest.

And there’s movement on the platform side, too. The longer someone watches a video, the higher the potential for engagement. So, now on Amazon Video Direct, the longer the view, the more you’re paid, which is good news for influencers and publishers alike.

Full-service agencies are in favour and creators are customising content for specific viewers. No, it’s not the 80s, but another example of how the media industry constantly cycles and repeats itself. Gone is the desire to write and create for algorithms as companies like digital news player Mic suffer and ultimately fail by neglecting their audiences. And, you’ll see this in videos, as the metrics for how creators are paid and changes to length of view, there’s a necessity to keep the audience constantly entertained.

The reward for knowing your audience is there. For the whole of October in Australia, SBS had more than 16.5 million views on Facebook for its content. According to Tubular Labs data, this is almost five times as many as Seven, the nearest competitor, standing at 3.3 million views. Yet, look at OzTAM and it tells a different story of success. Understanding your audience on the right platform can have transformative effects for other channels of your business too. 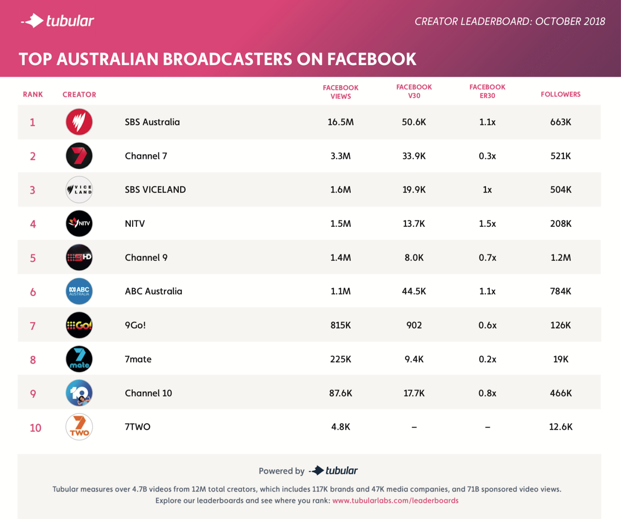 Expect a continued micro-targeting focus across platforms beyond just Facebook.

Without picking on Mic, another touted reason for its demise is an over-reliance on one platform. Audiences digest content from a broad selection of platforms. By neglecting the main players, you’re stunting growth before it’s even begun. Of course, for traditional publishers, some are easier to integrate to than others. YouTube’s 16:9 format is a direct homage to TV, but Instagram is a different story. It’s shown colossal growth in the last year, yet broadcasters are still struggling with how to use it best. As younger viewers continue to migrate to social platforms, brands are will continue to gravitate to where there’s an audience and opportunity.

Mary Meeker maintains there’s an $8 billion opportunity in mobile advertising, as the time spent on the medium outperforms the budgets it commands.

There’s still that missing link between interest and purchase which we imagine technology will solve in the next 12 to 18 months as complementary advertising across mediums increases. See ThinkTV’s research on video advertising.

The majority of revenues for many publishers now lies in branded content. In fact, in a study of 132 publishers by Digiday, only 10 per cent said they didn’t receive revenue from selling branded content. For brands looking to reach publishers’ audiences, there is the bonus that the makers really understand the audience they’re serving, though they’re limited in that the distribution is through the publisher’s own channels. We’ve already seen the likes of VICE and BuzzFeed open their services up by offering their production services direct to brand through VICE Visual Studios and BuzzFeed Studios. Expect this pattern to expand in the coming year.

The rise of VGF (video-generated feedback)

‘Consumer-centric’, and versions thereof, has been a buzzword for the last few years. Customers know what they want and the levels of algorithmic personalisation across tech companies is well documented.

However, there are opportunities for traditional bricks and mortar stores, too. For example, in the US, Tastemade used insights from social video intelligence to plan the menu for Subway for the next 18 to 24 months. Sandwich lovers were able to give their thoughts openly and without fear of judgment in an online environment. It’s a real-life focus group done at scale!