Advertise with us
Posted 9 February, 2016

BRING’s unparalleled collective of creative resources will benefit brands by offering unrivalled access to a vast range of local and globally-recognised entertainment and sports talent, creators and pop culture pedigrees, plus proprietary insight tools, to deliver culture-creating brand solutions to a guaranteed audience

Beyond access to Universal Music, BRING will draw upon connections to an array of live event promoters, film and entertainment companies such as Universal Pictures, globally renowned athletes through U-Sports and social influencer relationships held by OGB/HOST.

“We’re really excited about helping brands create culture rather than badging it, borrowing it, or bankrolling it behind the scenes,” Freedman said.

Campbell added, “With BRING, we think we can deliver the best marketing solutions directly from common sources of consumer passion. BRING’s meeting of minds will allow us to create real-deal culture, valuable earned media and solutions that live in entertainment.” 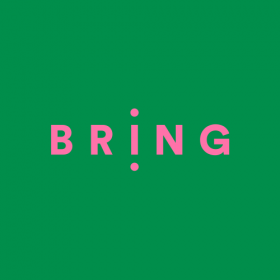 To celebrate the agency’s launch, BRING is announcing the very first ‘Creative In Residence’ program (CIR), inviting high profile talent to collaborate with the BRING team to directly respond to a brand’s business challenges.

On CIR, Troye Sivan said, “I’m excited to be working with BRING to create truly collaborative partnerships with brands in the entertainment space”.

Universal Music Group APAC president George Ash added, “We are privileged to work closely with the world’s greatest talent who truly define popular culture. They create the content people are choosing to engage with, and generate audiences bigger than any media platform on the planet.

“The demand for music and entertainment has never been higher which is why we’re so excited about the launch of BRING and what it will mean for the fusion of advertising and fan engagement. Working with the best partners, we believe BRING can help brands unlock the unrivalled passion to hit their own goals as well as providing expanded creative opportunities for our artists It’s going to be heaps of fun,” he said.