Six months ago Twitter Australia hired Grant Baxter to lead brand strategy in Australia, since then the platform has rolled out new marketing capabilities focused on personalisation and utility content marketing. Baxter discussed why Twitter is so vital for brand engagement and the future of marketing on the platform.

“All the conversations that are around any event and opinions happen on Twitter, so I think for a brand to be a part of that and join that conversation is something only Twitter can offer. As brand strategist, how I work with brands is not just participating on Twitter but looking at Twitter as a barometer for what your customers find important, what they value and what they like,” Baxter told B&T. 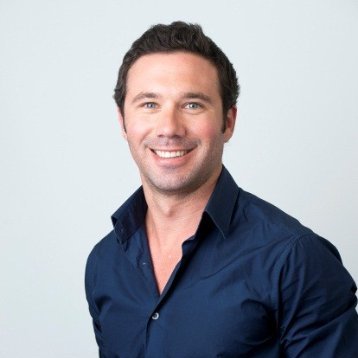 Looking back on 2015, Baxter mentioned two Australian brands who have utilised Twitter in exciting new ways-Samsung Australia and Coles.

Samsung Australia’s work with Twitter involved encouraging people to retweet Samsung’s tweet in order to get a personalised reminder that the Rugby World Cup was about to start (seeing as i. Samsung tweeters were also sent personalised thank you messages for getting involved in the activation.

“If you send someone a personalised as a notification, that’s pretty much the highest form of engagement you can get, that user is so attentive. I think agencies are starting to appreciate that, which opens up opportunities from a content perspective in terms of what content you can create.”

The value exchange is controlled by the customer through an opt-in basis so brands don’t ambush people. “We always ask people to opt in, so it’s not the case that we listen in and hit you with something. For example with Samsung, we ask you to re-tweet something and because you’ve done that it creates a two-way conversation…It’s very much about making it participatory.

“It might be a slightly smaller audience based on the participants but it’s a highly, highly engaged audience.”

Watch the @Wallabies in England on Sunday night. Retweet now to receive a reminder before kick off. #WeRiseTogether pic.twitter.com/voSzqedkIL

@brea_yde thanks for supporting the @Wallabies! We’ll send you a tweet just before kickoff! #WeRiseTogether http://t.co/pHGrjV4bja

For Coles, the brand asked people to choose a course of a meal they would like a recipe for, then consumers who answered the poll were sent a personalised message and a link to download a recipe from taste.com.au. “This campaign is something that actually hasn’t been done anywhere before, where we take a custom card like that and connect to an auto-response. The most important thing there is it provides utility, because it’s giving users recipes and making life easier around Christmas.”

Choose a course and we’ll tweet you the recipe. Quick and easy #XmasInspiration https://t.co/ngIRI0Q6E7

B&T has been slightly obsessing over Twitter recently: Last week, Twitter Australia’s managing director Karen Stocks announced Twitter’s latest function to help marketers reach the over 500 million people who click onto a tweet without logging into the website.  At Daze of Disruption, Twitter’s global head of business marketing Daina Middleton discussed how marketing has shifted from persuasion to participation and why participation on Twitter transcends the online world.