A tumultuous 2019 for the world’s biggest independent agency, M&C Saatchi, has seen Maurice Saatchi and three other non-executive board members quit their posts overnight.

Lord Saatchi (pictured below) – who founded the agency in 1995 – fell on his sword, along with other board members including Lord Dobbs, Sir Michael Peat and Lorna Tilbian. 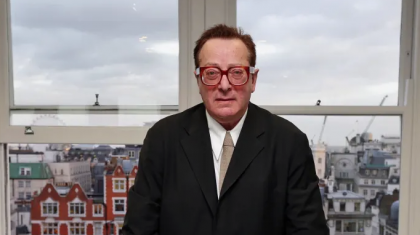 Dobbs, a Conservative politician, is best known for creating the House of Cards novels, which were later turned into a TV series. Peat is a former accountant and former private secretary to Prince Charles, and Tilbian is a media analyst and stock broking executive.

There are now murmurings emanating from London’s city traders that Accenture Interactive could make a play for the agency. A ballpark figure of £90 million ($A175 million) has been mooted as a possible price tag – small change for Accenture – who’d no doubt prefer it at £70 million ($A135 million).

The big carrot for Accenture would be M&C Sport and Entertainment, M&C’s thriving marketing and sponsorship division. As creative increasingly struggles to pay the bills, sport and entertainment is proving increasingly lucrative.

Accenture buying M&C Saatchi would give it a significant leg-up into the space. Whether it bought M&C Saatchi outright or just made a play for just M&C Sport and Entertainment remains to be seen. Regardless, shareholders and the share price would no doubt welcome Accenture’s overtures.

It’s been a particularly tough year for the London-headquartered agency with its share price tanking from a year high of £4 ($A7.70) down to almost £1 ($A1.93) on the back of grim profit warnings.

In September, it revealed a slide in sales and profit for the first half of the year following a slew of client losses. Profit fell 67 per cent to £2.5 million ($A4.8 million).

Last week, the company warned 2019 profit would be “significantly below the levels expected”.

In August, PwC discovered a series of historical “misstatements” on its balance sheet tallying to £6.5 million ($A12.5 million). Something the company described as a “cock-up in the accounts department”.

M&C Saatchi operates in 30 global territories, including its second biggest market – Australia. B&T reached out to its Australian CEO Jaimes Leggett for comment, but had not received a reply at the time of publishing.

Following the departure of the quartet overnight, M&C Saatchi chairman Jeremy Sinclair issued a statement: “We have accepted the decision of these directors to resign. We are determined to restore the operational performance and profitability of the business and are already implementing all of the recommendations set out in the PwC report we announced last week.

“We had started a process to reconstruct our board with new independent directors. This new board will have a mandate to conduct a full review of all aspects of our governance.”

The ongoing problems at its UK operations have forced the agency to begin a £2.5 million cost-cutting drive that will reportedly lead to significant job reductions. The UK operation employs about 840 staff, one-third of its 2600 global headcount. The cuts are expected to produce annual savings of about £6 million ($A11.5 million) in 2020 and onwards.

Russ Mould, investment director at AJ Bell, said of the board’s departure: “At a time when investors are making ever-higher demands of companies in terms of their corporate governance and how they are run, heads were always going to roll at M&C Saatchi after a run of profit warnings and revelations that accounting errors could date back over five years.

“Investors will now be hoping that a fresh approach in the boardroom will help chief executive David [Kershaw] and relatively new finance chief Mickey Kalifa with their root-and-branch review of the business and their efforts to turn around M&C Saatchi’s financial results and reputation.”