A British cancer charity has come under fire after it used an advertising campaign to compare the dangers of being overweight to the damage done by smoking cigarettes.

The outdoor campaign by Cancer Research UK featured posters that resembled cigarette packs with the slogans “Obesity is a cause of cancer too” and “Like smoking, obesity puts millions of adults at greater risk of cancer.” 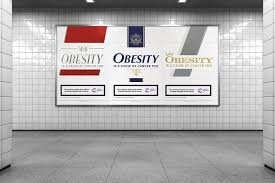 Cancer Research UK argues that many common cancers – bowel, kidney, ovarian and liver cancers – are most likely caused by a person being obese or the result of a poor diet.

It argues that smokers are regularly targeted with cancer warnings when, in the UK, twice as many people are likely to be obese as they are to smoke cigarettes.

However, the powerful ads have come under fire for “fat shaming” many people who struggle with their weight.

As these things do, social media has lit up with a negative reaction to the ad. 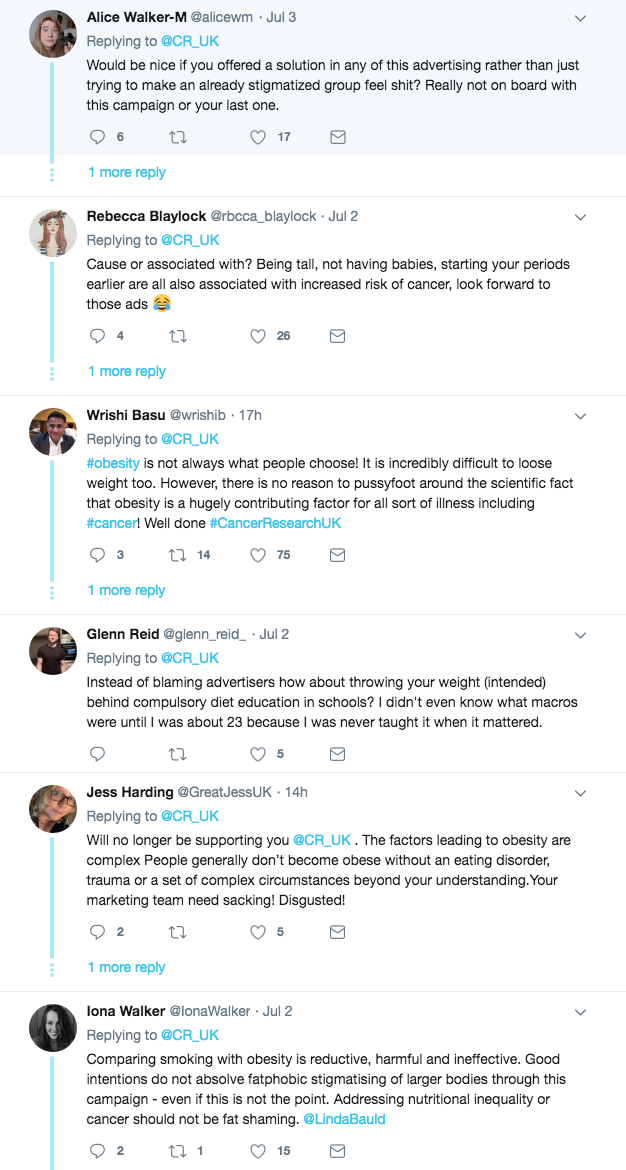 One person, called Beth, branded the advert “ridiculous”and added: “Shaming does NOT help anyone! Ever.”

Another tweeted: “The first reaction [to] seeing this? Wave of nausea, a severe urge to actively restart disordered eating, followed quickly by I wish I could die. I am seriously terrified for fat people seeing this because I can’t say with certainty that I’d not just jump in front of the next train.”

While others said they would stop donating to Cancer Research UK. “@CR_UK I have done many a @raceforlife to raise money for you. After seeing this I will never raise money for you or donate to you ever again. This is utterly disgraceful,” wrote one angry tweeter.

Cancer Research UK responded to the backlash, saying its campaign aimed to raise awareness that obesity is a cause of cancer and “there are environmental drivers that can influence a person’s weight”.

A spokesperson for the charity, Michelle Mitchell, telling UK media: “Our campaign aims to raise awareness of the link between obesity and cancer, and to inspire policies that create a healthier environment.

“We have a responsibility to tell people about what might increase the risk of cancer. Like smoking, obesity puts millions of adults at greater risk of cancer – and like smoking rates, obesity rates can be reduced with government-led change.

“Smoking rates in the UK have dropped dramatically over the years, thanks to measures like higher tobacco taxes and marketing bans. Now we need a similar approach to tackle obesity.”

The campaign follows a recent Australian campaign by the National Heart Foundation that was universally slammed after it inferred people who didn’t look after their heart health didn’t love their family and loved ones. After threats from its charity donors and widespread derision from leading health professionals, the campaign was pulled after just two days.