Advertise with us
Posted 5 September, 2016 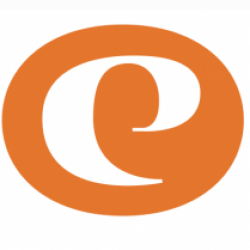 
Three of Australian TV’s best-loved and most admired female personalities have been announced as the special guests for this year’s ASTRA Women in Television Breakfast: Maggie Beer, Marta Dusseldorp and Margaret Pomeranz.

The annual event, which is the largest for women working in media in Australia, attracting over 700 guests, will take place at The Star Event Centre in Sydney on Tuesday, September 6.

She also has her very own postage stamp in recognition of the contribution she has made to the Australian way of life, and is the author of nine books.

Acclaimed actress Marta Dusseldorp is currently starring in Gloria at Sydney’s Griffin Theatre and will return to television screens on Sunday, September 11 for the new season of Foxtel’s A Place To Call Home on showcase.

An ACCTA and Helpmann award winner, Dusseldorp is also well known for playing the lead in ABC’s Janet King and co-lead on Jack Irish.

Completing the stellar lineup of talent is highly respected movie reviewer (and another Order of Australia recipient), Margaret Pomeranz, who together with David Stratton kept audiences riveted with their lively debates over movies on SBS’ The Movie Show and ABC’s At The Movies for many years.

Pomeranz, who will MC the event, joined Foxtel in 2015 and now hosts Foxtel Movies Premiere – Margaret Pomeranz Presents, where she introduces a weekly movie of her choice. She also features on Foxtel Arts’ weekly arts program Stage & Screen.

“The ASTRA Women in Television Breakfast is an event we are really proud of, as it brings hundreds of women together from across the Australian media industry to share their stories, their knowledge and expertise, and inspire one another,” said ASTRA CEO, Andrew Maiden.

“This year’s guests join a growing list of amazing female talent to have appeared at previous events, such as comedian Magda Szubanski, sports presenter Kelli Underwood and international correspondent Yalda Hakim. The calibre of women we continue to attract speaks volumes for the regard in which this event is held by Australia’s female media personalities.”

The ASTRA Women in Television Breakfast is sponsored by Multi Channel Network (MCN).