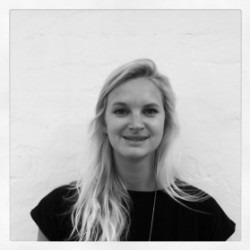 The video, which was filmed in New Zealand’s South Island, sees James share his passion for the destination he has chosen to call his second home. The filmmaker describes New Zealand as ‘my kind of country,’ and the video clip offers the world a glimpse of what it is that captivates him like nowhere else.

Cameron has a personal connection to New Zealand stemming from a visit in the mid nineties in which he fell in love with the country’s beauty.

Filmed alongside his wife Suzy Amis Cameron, the video sees Cameron taking in the natural wonders of New Zealand’s spectacular South Island, from walking the Tasman Glacier and hiking the Routeburn Track to kayaking through the Dart River.

Craig Brooks, creative director at Whybin\TBWA, said, “Inspiring people to travel and experience the larger world is one of the most rewarding briefs a creative can get. Combined with the opportunity to work with one of the world’s best storytellers made this project particularly special.

“New Zealand is a place that feeds James Cameron’s curious spirit, and his passion for and connection to New Zealand is immediately apparent both in person and this work. I hope more people get to be inspired by a visit to this wonderful place.”

The video will roll-out in Tourism New Zealand’s key markets to inspire travellers to follow in the footsteps of James Cameron and visit New Zealand.