With the release of the eagerly anticipated Star Wars The Force Awakens right around the corner, many brands eager to be a part of the $37-Billion-dollar franchise are jumping on the Star Wars bandwagon by incorporating it into their advertising and partnering with Disney (owner of the Star Wars franchise).

Companies such as Cover girl cosmetics, Kraft, Duracell, Adidas and more have teamed up with Disney to create their own lines of Star Wars merchandise.

The Star Wars franchise is one of the most influential franchises on modern culture with iconic and recognisable quotes being used in modern society for years. Star Wars has played a role in many people’s lives since the release of the first film in 1977, and its many years of popularity has gained fans from generations who are keen for the new film.

The Force Awakens is anticipated to be the biggest movie of the year as it has sold more advance tickets than any other. The mass popularity of the franchise has made merchandise in high demand, with toy companies such as Hasbro flooding with fans eager to buy their own merch. There is merchandise catered for all ages and interests from high fashion shoes to macaroni and cheese. However, the buyers all have one thing in common; a love of Star Wars.

Adidas, the second largest sportswear manufacturer in the world, has teamed up with Disney to create a unique line of Star Wars inspired trainers. Ranging from Storm Trooper printed Super Stars to Luke Sky Walker jackets. Some of the shoes such as the Star Wars ZX Flux’s are customisable for suit your favourite characters.  Its slogan plays on the ever popular Star Wars quote may the force be with you as may the Adidas Originals be with you. 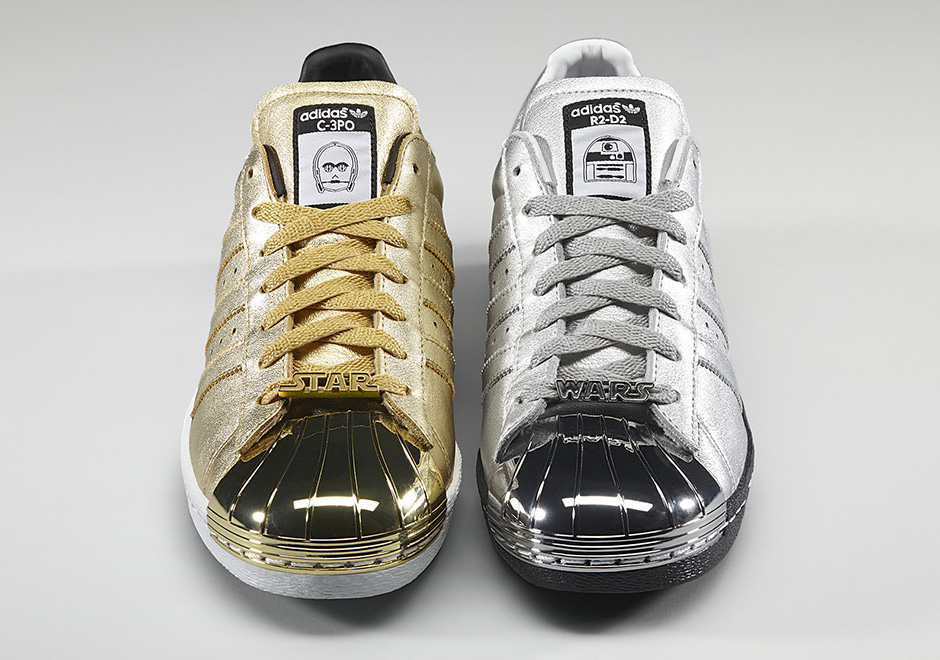 FMCG company Kraft has also teamed up with Disney upon the release of The Force Awakens. It has released a Star Wars themes line of macaroni and cheese. Adam Chasnow, who headed the Kraft project at agency CP+B said “Kraft is an icon; ‘Star Wars’ is an icon,” therefore a partnership just made sense.

One of the most exciting Star Wars inspired collections is Irregular Choices Star Wars shoe line. Irregular choice is an English accessory brand specialising in unusual footwear, bags and accessories.

The 2015 range includes some Star War themed pieces including C3PO flats to R2D2 high heels. Although a little pricy there are many different styles of shoes for men and women inspired by their favourite Star Wars character. 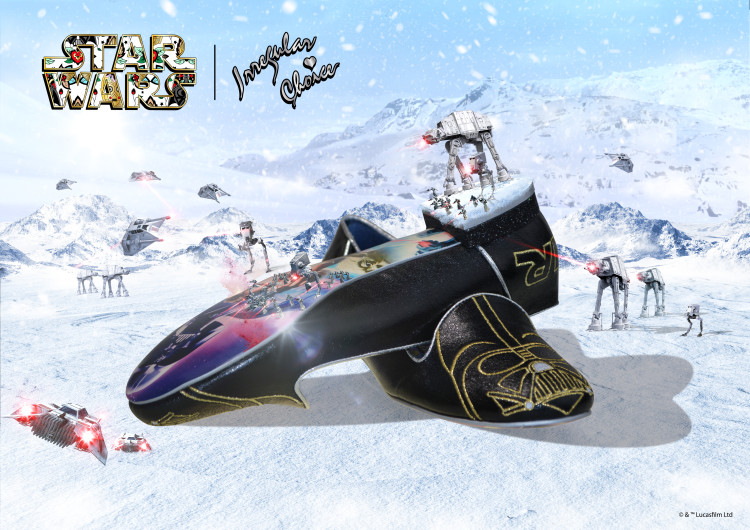 All products feature an individual Star Wars quote.  Pat McGrath the designer of the Cover Girl Star Wars line is a British makeup artist, she has been called the most influential make-up artist in the world by Vogue magazine and other commentators.

She aimed to do something new and creative with Star Wars merchandise and as far as we are concerned she succeeded. The collection is available from Kmart, Priceline, Woolworths, Target, Coles and Big W. 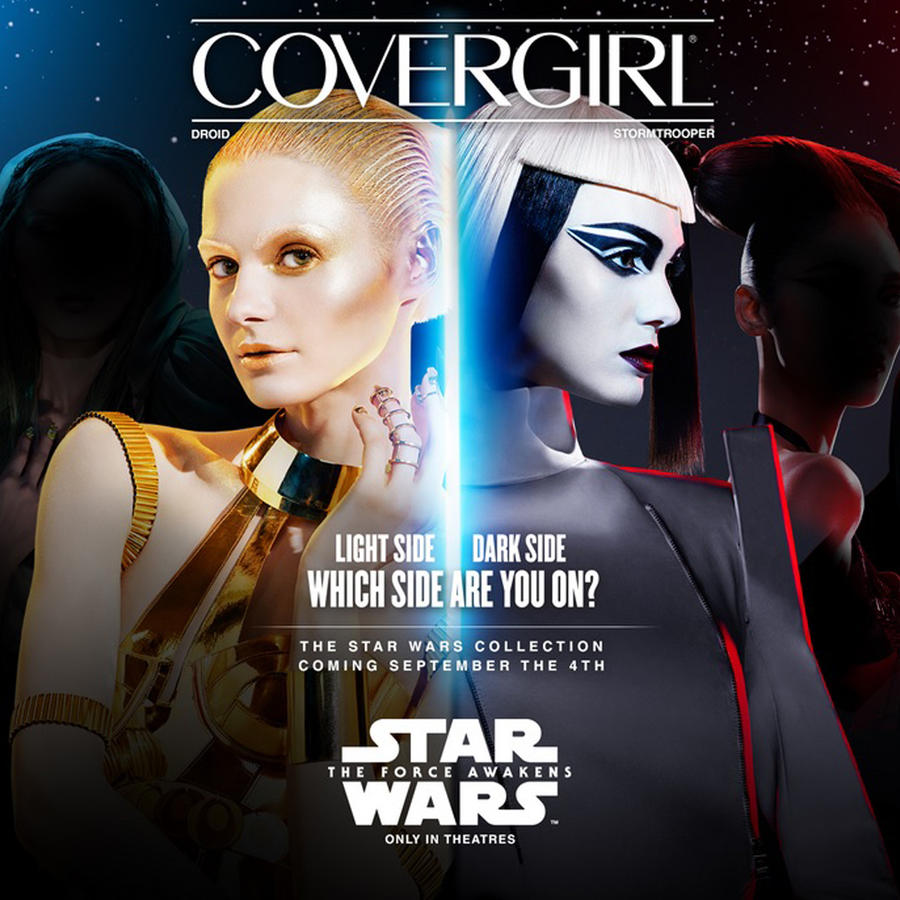 Duracell is an American brand product line of batteries and smart power systems owned by Procter & Gamble. It has featured Star Wars in its most recent advertisements in the lead up to Christmas and the release of The Force Awakens.

The ad depicts a fantastical battle, showing a brother and sister fending off storm troopers with their Duracell powered lightsabres on Christmas morning. Its slogan reads never underestimate the power of imagination.

Lego has a running history of partnering with the Star Wars franchise. It has previously released Star Wars Lego toys, video games and mini movies. Celebrating the upcoming release of the Force Awakens, Lego has released a Lego version of the official poster. 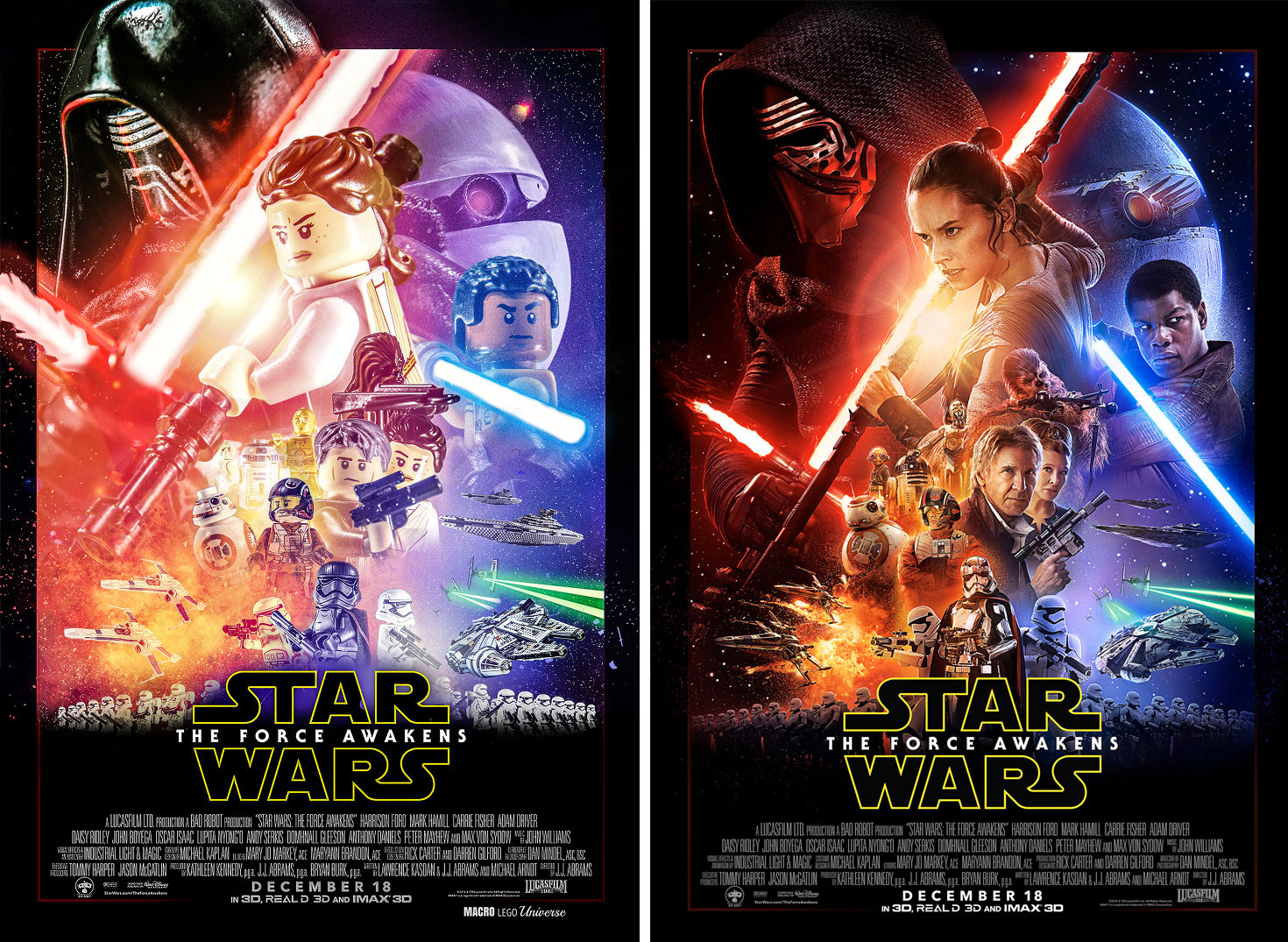 The boxing and packages are Star Wars themed and with every purchase comes a Star Wars tote bag and a toy. Younger fans of the Star Wars franchise are excited to get a meal and a toy from their favourite franchise. 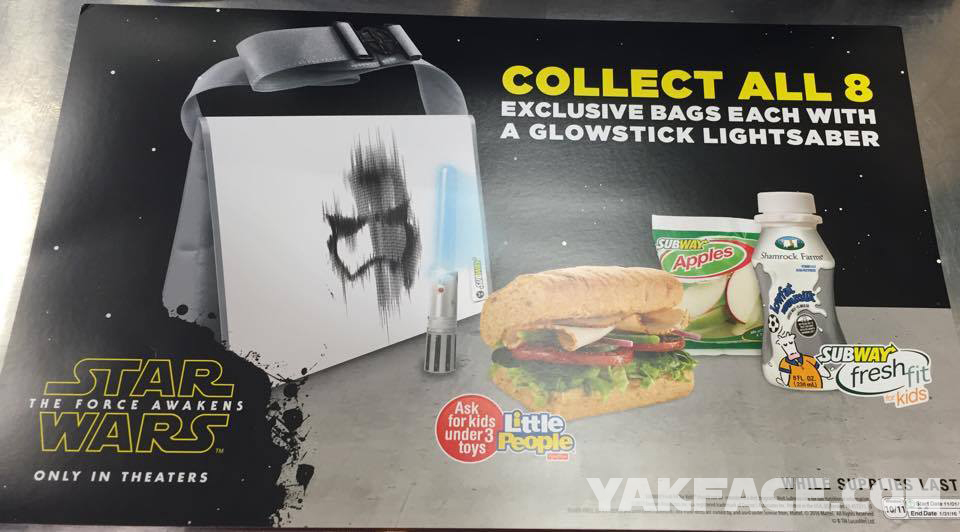 Bloomingdales fashion has teamed up with 10 talented designers and Star Wars to create a high fashion Star Wars inspired collection. All the money raised will go towards Child Mind Institute a non-profit organisation dedicated to transforming mental health care for children everywhere.

It is committed to finding more effective treatments for childhood psychiatric and learning disorders. Its line named Force 4 Fashion, is a very limited collection going for very high prices at auctions. 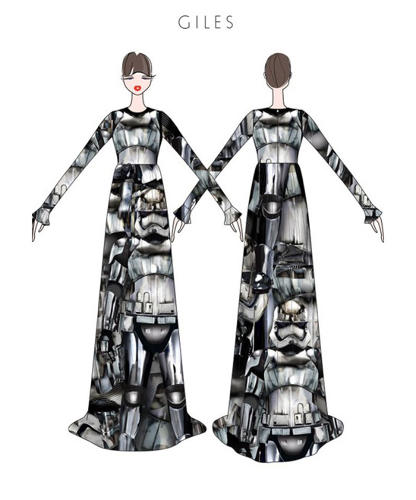 The game allows players to live out a broad array of heroic moments and intense battle fantasies of their own, taking place on iconic planet Star Wars planets. They can choose to play as their favourite characters and fight their favourite villains.

The trailer shows the interactive world the gamer is in and shows fantastical battles.

Campbell soup has also teamed up with Disney and incorporated Star Wars into its soups and packaging. It has released a heart-warming advertisement of two gay dads feeding their son. Using the famous Star Wars quote one dad says, “Cooper, I am your father”, zooming in to the Star Wars branded can.

“No, no, no, I am your father,” his husband jokes, and delivers another spoonful. At the end, a voiceover says that Campbell’s soups are for “real, real life.”

The actors are a real-life married couple and have featured in other advertisements together.