A new study by Tinder into the dating habits of 20-something Aussies has found they appear to be utterly terrified of long-term relationships.

The results of the study, which coincide with Tinder’s new brand campaign, were cultivated from the responses of 500 single Aussies aged 18-25. 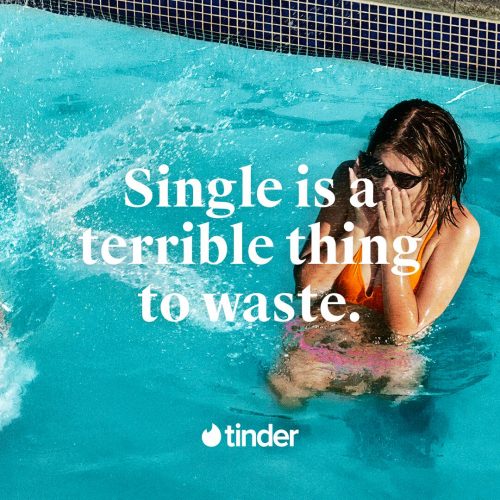 Oddly, none of the survey’s questions related to sex and, as a brief summary, the chief findings included:

• Women (45 per cent) agreed that society portrayed single people negatively. It was 33 per cent for the fellas

Commenting on the findings, Tinder’s dating and relationships expert Dr Darcy Sterling said: “Gen Z and young Millennials are very aware of the opportunities this world has to offer. Friends, work and school are all important elements that help build their happiness, with excelling in their personal lives being their biggest focus, often prioritising it ahead of relationships.

“Now young people see a relationship as an added bonus to their already successful and positive lives, rather than the centre of their universe, which is certainly a paradigm shift from a few generations ago. They also don’t just see dating as a means to potentially meet a long-term partner, with many using dating as a form of self-discovery and confidence building,” Dr Sterling said.