“This year we have evidence of the growth of distributed (offsite) news consumption, a sharpening move to mobile and we can reveal the full extent of ad-blocking worldwide,” Reuters Institute research associate Nic Newman said, introducing the 2016 Digital News Report, which looks at 2021 respondents globally to uncover news consumption patterns.

“These three trends in combination are putting further severe pressure on the business models of both traditional publishers and new digital-born players – as well as changing the way in which news is packaged and distributed.”

“Across our 26 countries, we see a common picture of job losses, cost-cutting, and missed targets as falling print revenues combine with the brutal economics of digital in a perfect storm.

“Almost everywhere we see the further adoption of online platforms and devices for news – largely as a supplement to broadcast but often at the expense of print.”

The focus group research for this year’s Digital News Report shows that, as news now comes to people through social media feeds, there can be less need to go directly to a news website.

“The stories that come through are usually the breaking stories that I would otherwise have to go to NewYorkTimes.com. Now I don’t,” said one respondent in the 35-54-year-old bracket.

Within the EU (10 per cent) and the United States (14 per cent at least one in ten now say social media are their main source of news, with even higher figures in Australia (18 per cent and Greece (27 per cent).

A key related concern is the extent to which news brands are even noticed in distributed environments. This will be critical to whether publishers can capitalise on the reach and exposure that these platforms afford.

While globally the result was mixed, only around a third say they notice the brand in social networks (most or all of the time) in highly competitive English-speaking markets such as the UK, Australia, and Ireland. 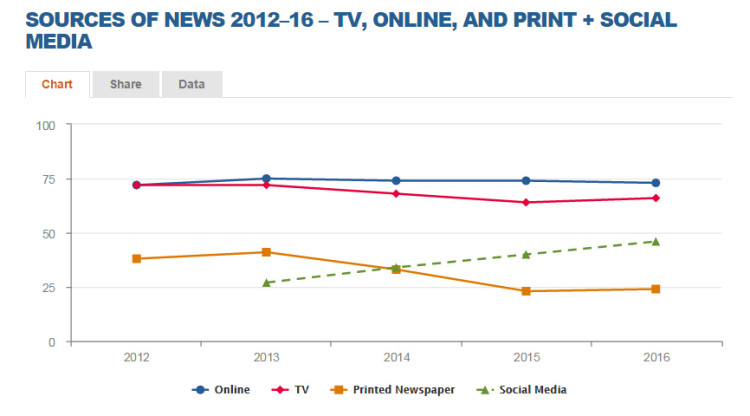 Q3. Which, if any, of the following have you used in the last week as a source of news? 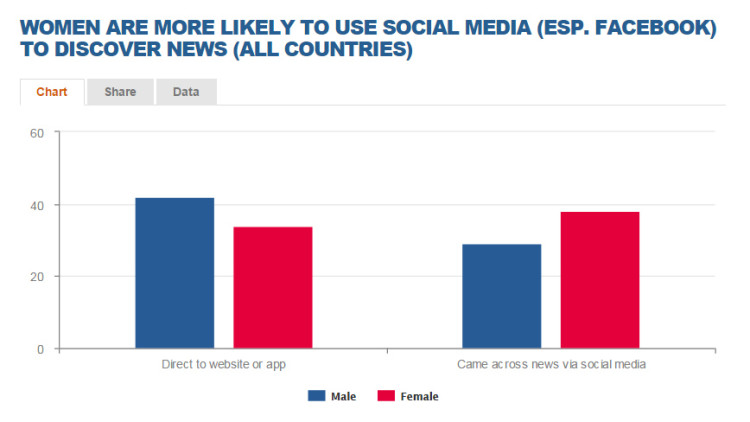 Q4. You say you’ve used these sources of news in the last week, which would you say is your MAIN source of news? 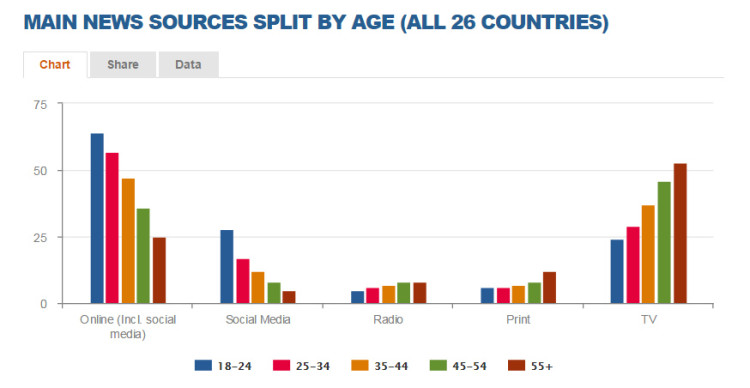