Dominic White has joined ticketing site TEG as the organisation’s head of communications and corporate affairs.

He brings to the role over 20 years’ experience in media and communications both in Australia and the United Kingdom. 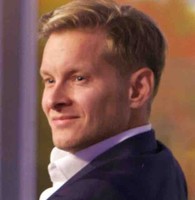 White was previously head of communications and content at TV industry marketing and research body ThinkTV, owned by Nine, Seven West Media, Network Ten and Foxtel/MCN. Prior to that he spent 20 years in journalism, most recently as the media and marketing editor for The Australian Financial Review. Before moving to Australia in 2008, he was communications editor for London’s The Daily Telegraph.

TEG CEO Geoff Jones said White’s extensive media industry experience will be a valuable asset for the organisation as it continues to deliver growth.

“Dom has an outstanding track record in his field, touching on media, politics, business affairs, and content generation,” said Jones.

“TEG is a dynamic and diverse live entertainment, ticketing and data analytics company that is not just a domestic leader but is continuing rapid expansion internationally.

“Dom’s knowledge, contacts and skill-set will bring a fresh approach to how we communicate with our internal and external stakeholders, as the organisation continues its exciting expansion across all areas of the business,” concluded Jones.

White said: “I’m delighted to be joining TEG, which is an Australian company batting well above its weight at home and on the global stage.

“I was amazed to discover that on top of its thrilling local content slate TEG’s current and recent overseas shows include Hugh Jackman at The O2 in London, The Rolling Stones exhibition in Tokyo, Paw Patrol in the Netherlands and WWE in Singapore.

“It’s part of a multi-layered and developing Australian success story and I’m looking forward to working with Geoff and the TEG team to help them tell it,” concluded White.

White will be based out of TEG’s Sydney Headquarters.