They’re the games that have many wishing to call in sick for work so they can stay up and devour the action of the Rugby World Cup.

And as with numerous other big events, brands continue to jump in on social media conversation.

Here we’ve compiled what we reckon are some of the best social campaigns and posts from various brands around the globe. There’s no doubt a heap more, so if you reckon you’ve spotted on that deserves to be on the list, tweet us @bandt.

So you don’t forget to wake up for the Wallabies match and cheer on our boys, Samsung Australia worked with Twitter to create a ‘rewteet to remind’ campaign.

The campaign asked users to retweet the below tweet, which meant they would be sent a notification before each Wallabies game to remind them to tune in.

Watch the @Wallabies in England on Sunday night. Retweet now to receive a reminder before kick off. #WeRiseTogether pic.twitter.com/voSzqedkIL

On a global scale, Samsung is helping out those who may not know the game inside out, with its ‘School of Rugby’ spots.

Lesson one is below.

When Romania lost to Ireland the Irish whiskey brand popped a photo on Facebook mocking the Romanian team.

England vs Wales is always going to be a competitive game, made even more edge-of-your-seat by having both princes Harry and William attend. England lost.

So German supermarket chain Lidl saw a way it could sell more leeks. So it took it.

As one of the official sponsors for the Rugby World Cup, Heineken has created unique packaging for its bottles. 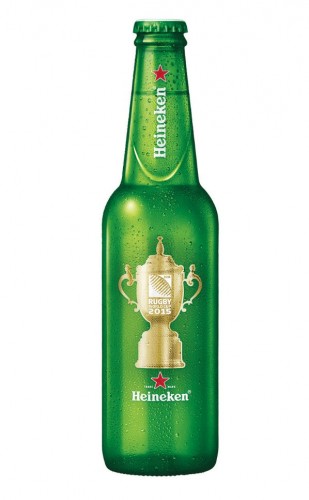 We couldn’t go past the English Rugby Team’s parody of the Haka to intimidate the New Zealand All Blacks. Watch the magic of the Hakarena below.