Yesterday’s announcement that Foxtel and Ten have hopped into bed together has received mixed reactions from marketing and agency land B&T can report.

As the news broke that Foxtel will take a 15 per cent share in the struggling free-to-air network – and that Ten has also proposed to become a 24.9 per cent shareholder in its Multi Channel Network (MCN) – ad land said the deal, which has been on the cards for at least 12 months, brings both trials and tribulations. 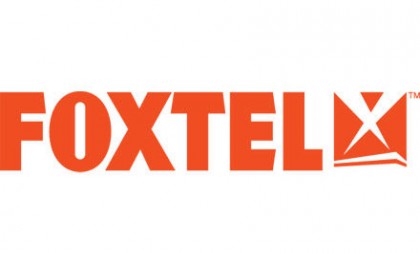 Ben Lilley, CEO and chairman, McCann Worldgroup, told B&T the deal is, “a critical life-line for Ten which has been besieged on all sides by the steady march of media fragmentation, a plethora of disruptive IPTV entrants and poor historical strategic decisions that have seen it locked out of critical sports properties.” 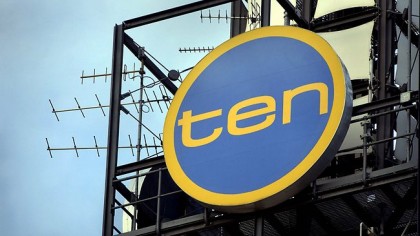 But got out he has. And, in one swoop, Ten has opened the doors to both much-needed sports assets, plus Foxtel’s IPTV streaming venture Presto while also opening the doors, it would seem, to a backdoor dose of Murdoch media magic.

McCann’s Lilley has high hopes for the new merger of his former colleagues. He added: “I have immense admiration for their strategic nous and media smarts. Add a dash of Murdoch smarts and you have a very potent media brains-trust.”

Slingshot CEO, Simon Rutherford, also believes that having MCN and Ten in the same camp is valuable, with one major advantage being the new access to Multiview, a 100,000-strong panel incorporating Woolworths’ Quantium data, along with other viewing and Telstra data.

“So of those 100,000 panel homes,” said Rutherford, “obviously the guys at Foxtel and MCN know what they’re watching, not just on paid channels but also FTA, which is quite valuable for Channel Ten.”

Rutherford also said another key opportunity is that it gives TEN access to the programmatic platform that MCN have spent three years developing, which puts them ahead of the other FTA Networks.

“When we go into next year,” he said, “we’re going to go into a whole new level of targeting when we buy TV, more akin to how we buy digital at the moment. It means we’ve suddenly got a network with 46 per cent share of viewing where we’re going to be able to buy down to a very targeted persona level, which adds a whole different layer of opportunity from a strategic point of view. And that’s quite a big advantage for Ten and very exciting.”

McCann’s Lilley echoes his sentiments. He said that although yesterday’s stock price movement would indicate the market thinks Foxtel has the better end of this deal, in truth, Ten would be in some serious trouble without it.

“A slight discount for Ten shareholders at close today,” he said, “is vastly preferable to the wipeout they may have to contemplate if the deal is not approved.

“Without Foxtel, Ten doesn’t get this critical access to IPTV, a multi-platform advertising proposition and, critically, live sports, arguably the last remaining content form viewers won’t pre-record or fast-forward – and that really would see management and shareholders alike screaming Get Me Out Of Here!”

Fusion Strategy’s Steve Allen agrees that the merge rumours over the past 12 months have received more column inches “than God and Jesus Christ”.

“At no point have they made it a secret,” he told B&T. “They haven’t confirmed what’s been written but at every stage they’ve been pretty clear about what they’re trying to do.

“They just have a bit of a dysfunctional share-holding register where people have been playing games a bit. The only reason Ten’s got itself into trouble is due to a ratings mess through a whole serious, over five years, of very bad boardroom decisions.

“But it’s a very big move. Nowhere else in the world, to my knowledge, have we seen a cable company, a paid TV company and a free-to-air company merge their sales force and present together.

“And the fact is, the paid TV model, because the vast majority of revenue comes from subscription, can apply far more resources to selling than a free-to-air telecaster because of its revenue source. So the potential is that MCN/Ten are going to make a hell of a difference in the market place. But for both of them, it comes down to ratings.”

But despite Ten’s position in amongst the FTA Networks, Slingshot’s Rutherford, claims this is a big win for MCN.

“They have worked tirelessly in changing market perception and giving compelling reasons to include STV on the schedule” he said.

“This is now fairly established, however revenue share has always hovered around the 10-15 per cent share mark. The acquisition with Ten, along with their audience and share, is going to make the MCN proposition all the more compelling.”

“On the flip side, Foxtel have a lot of money, we can see that through sport deals, local content production and, more recently, dropping subscription pricing to $25 which was a huge risk for current stakeholders, so this will, you would think, open up doors for Ten around output and sports deals.”

Fusion Strategy’s Allen said another upside for advertisers and agencies is simplicity. He added: “It is perhaps one less payer we need to talk to in order to get a cross platform deal on both digital and free-to-air that you couldn’t get before.”

And he claimed that in terms of staffing, it probably assists the cost-out scenario for Network Ten – but they’ve made no announcement on that yet.

“I would think it would be cost accretive for the shareholders,” added Allen. “They will be able to slim down the overheads on their side and I would think that is part of how the deal was done, that MCN said, ‘we can actively reduce your selling costs, by a meaningful amount.’

“There are a few benefits and now the combined operation is an answer for Nine or Seven that can’t be ignored.”

Nine obviously came out last year with Tipstone, which is their data play to try and combat what MCN is offering, and Seven will need to respond as well.

Rutherford thinks it propels the industry forward, reducing the complexity via dynamic trading, meaning more money can go into better content and the biggest player (with 46 per cent share) will take a lead in changing the way the market buys TV as we know it.

“It moves the industry forward,” he said. “So from that point of view it’s a good thing. It will prompt everyone to move quicker. Nine have also jumped the gun in terms of TV and video measurement to try and get a competitive advantage but the problem we’ve got is that if everyone is going out with different measurements, and criteria and methodology around that measurement, which makes it hard from a media agency point of view because there’s more complexity to navigate through for clients.”

“Despite MCN’s efforts to innovate in the market,” Rutherford added, “the market has been pushed and pulled by the FTA networks for as long as we can remember on their time schedule.

“Despite TV skewing old, rates increasing and audiences declining we have been continually challenged by it. On top of that, the fact that there is still no uniform metric to measure TV and video together continues to put immense pressure on buyers to deliver back to clients.

“MCN’s technology into dynamic and programmatic trading will alleviate pressure from buyers and at the end of the day, given how time poor everyone is, any channel that has the ability to take the manual labour out of the mix, will win more than they lose.

“I suspect though, any hope of the one platform being used by all networks will now be dashed, but this news will surely get Seven and Nine to further fast track their plans in this area.”

So what are the major repercussions?

It remains to be seen, but, Rutherford added, “it begs the question – can anything good come out of one network holding 46 per cent share of the market?”

He also insists Seven and Nine will need to work harder to keep the market competitive. And the news also sets new challenges for agencies, including re-educating clients around what they have been used to seeing from agencies as opposed to what they will see now.

“There is a big education job agencies will need to do upfront,” he explained, “to ensure clients are comfortable and aware of the changes, and most importantly, how they will benefit from it.

“And as good as it will be to now have dynamic trading across two of the four players in the TV space, there are still two networks either working on their own solutions or not ready to change, so in the short term, this could add another layer of potential complexity into the mix. It also seems we will still won’t have one reporting currency to go back to clients on.”