The site was designed by Sydney-based firm, Tectonic, and launched late last year.

Tectonic founder and director Richard de Nys said: “Rebuilding The Newspaper Works’ website was a great opportunity, particularly considering it was such a pivotal time for the organisation and the broader newspaper industry. 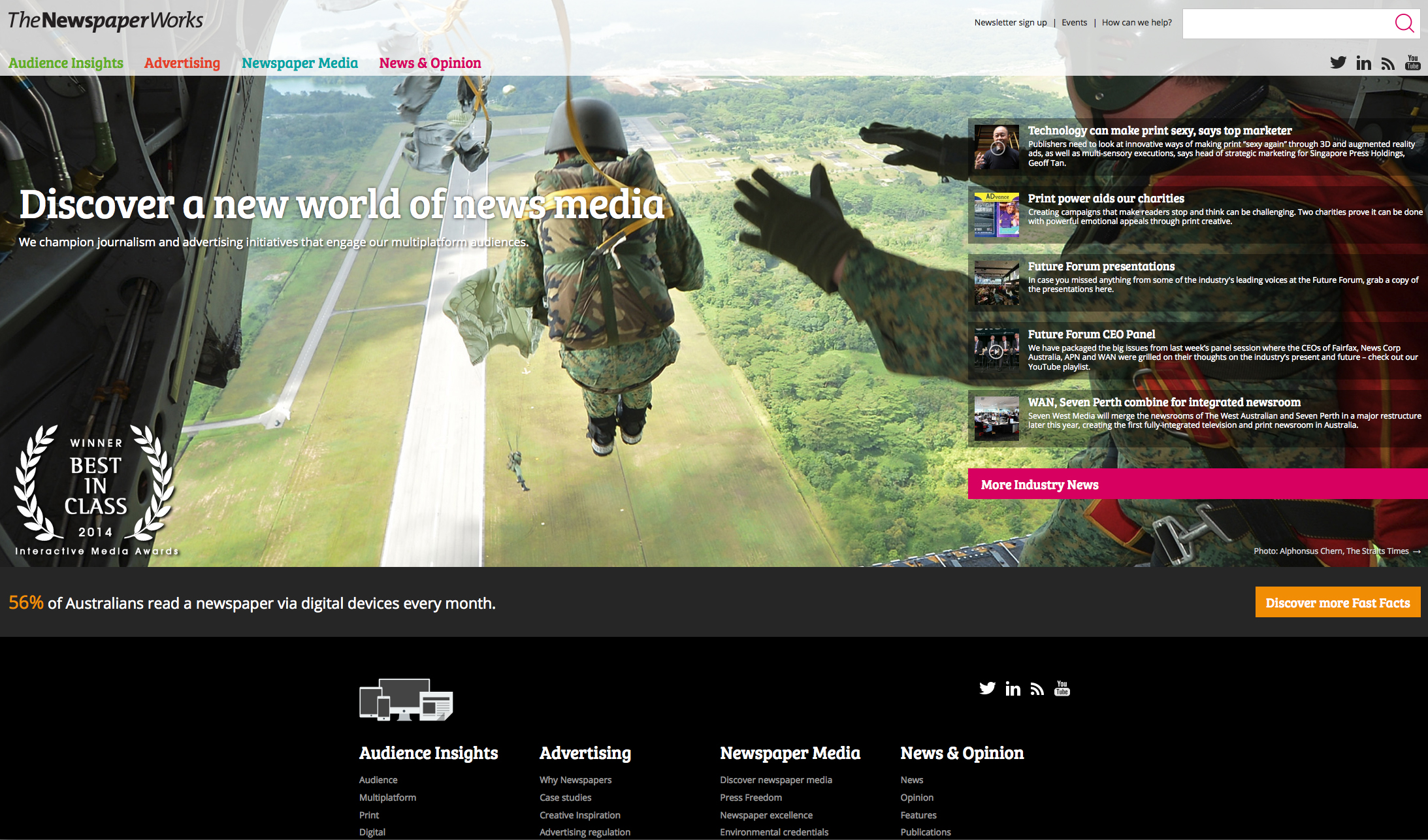 PressReader will host the app, which has been developed to publish the digital editions of The Newspaper Works’ publications, The Bulletin, quarterly The Works and special industry magazines, such as Infographic Annual, for mobiles and tablets.

PressReader distributes content for more than 4,000 publishing partners in around 100 countries, including several newspaper and magazine publishers in Australia and New Zealand.

The Newspaper Works CEO Mark Hollands said: “Publishing and communication is at the heart of this organisation. We are delighted with the ‘Best in Class’ recognition of Tectonic’s design of our website at this year’s Interactive Media Awards, and with our partnership with PressReader to now offer our content in apps on both iOS and Android platforms.”