More proof it rarely misses a marketing opportunity, fast food chain Burger King is cashing-in on the Royals’ fiasco by offering Prince Harry and Meghan a part-time job in one of its restaurants.

Following their split from the house of Windsor, Harry and Meghan said they wanted to “work to become financially independent”, hence the burger chain’s job offer. 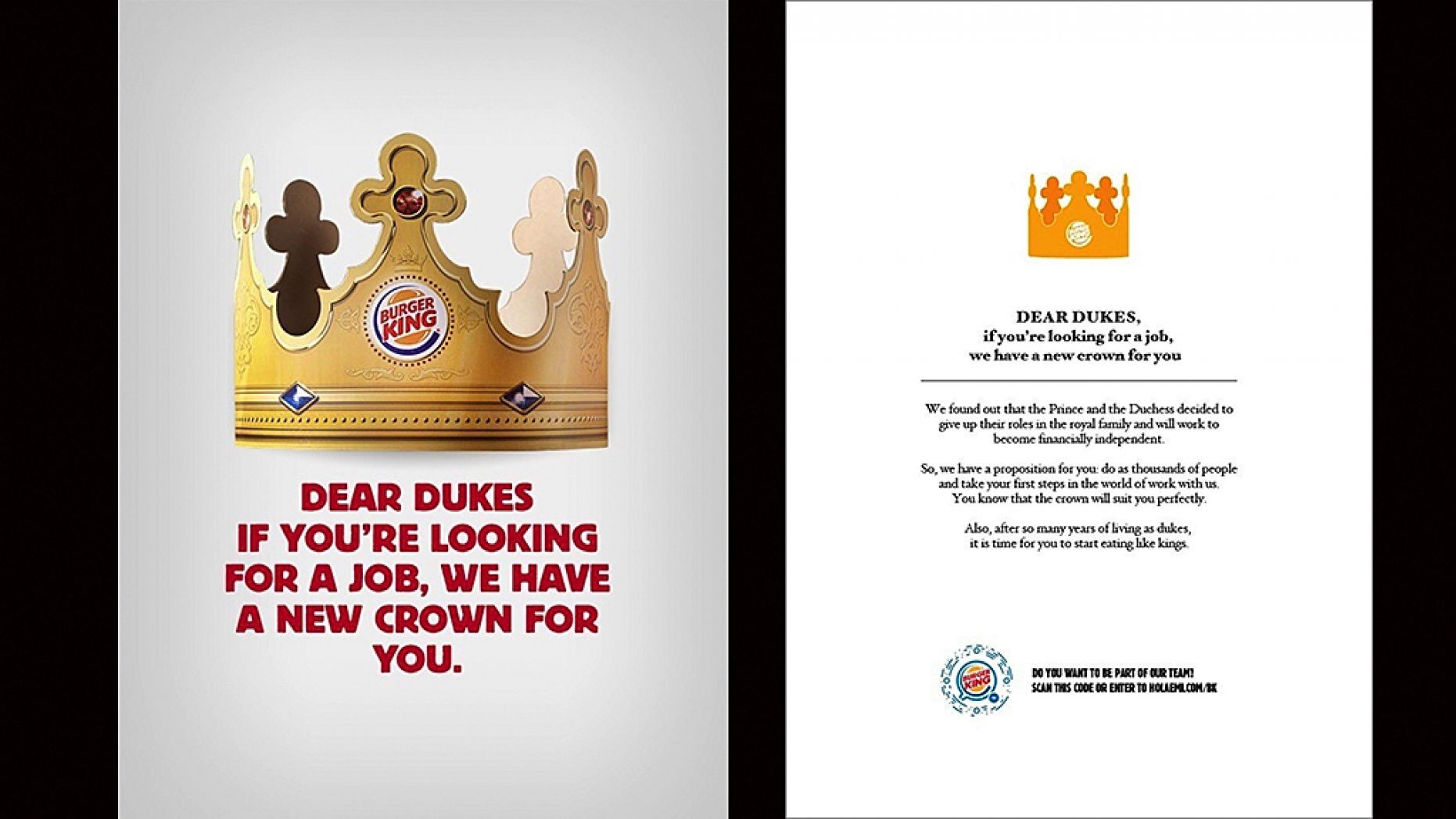 The social media campaign reads: “Dear Dukes, you can look for your first job without giving up the crown.” Another tells the couple that, “If you’re looking for a job, we have a new crown for you.”

“We found out that the prince and the duchess decided to give up their roles in the royal family and will work to become financially independent,” reads an accompanying open letter. “So, we have a proposition for you: Do as thousands of people and take your first steps in the world of work with us. You know that the crown will suit you perfectly.”

In then adds: “Also, after so many years of living as dukes, it is time for you to start eating like kings.”

Soon Burger King in the US was also in on the prank, reminding the pair that “this royal family offers part-time positions”. 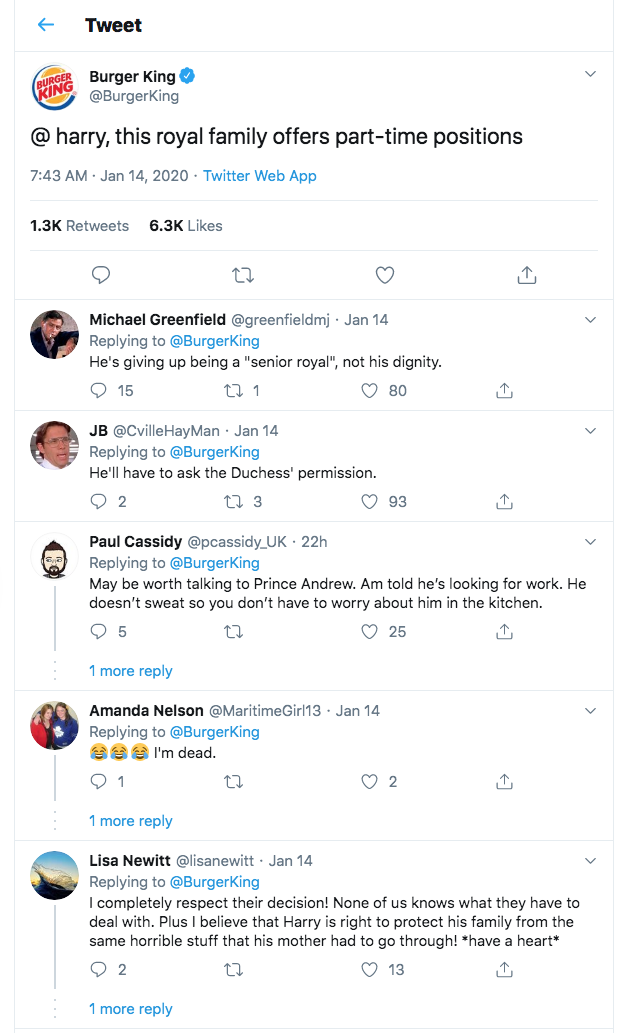